Ranbir Kapoor is all set to make his next releases Shamshera after the 2018 film Sanju and is currently in a promotion spree for the same. As the film is less than two weeks away from its release, the film’s production house YRF dropped a fun video of Ranbir Kapoor as he answered some quick questions. 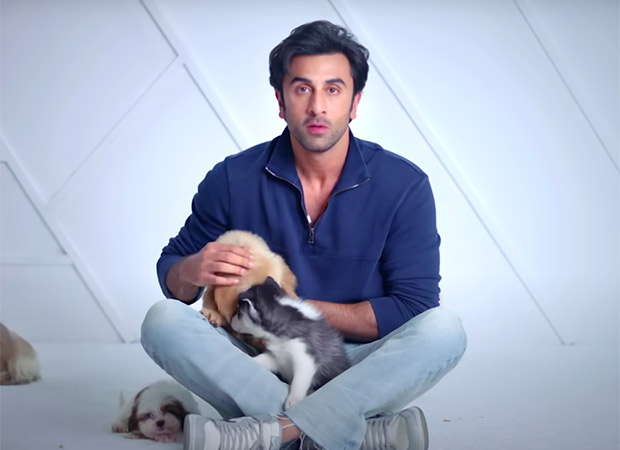 Ranbir Kapoor wished he had played Allu Arjun’s role in Pushpa; hopes to do a film with SS Rajamouli

In the recent interactive segment titled Pup It Up with Ranbir Kapoor, the actor answered questions while he sat down with a bunch of puppies. The actor was first asked to name two of his "contemporaries" with whom he would like to go on a trip. In his answer, Ranbir said, "Anushka Sharma and Aditya Roy Kapur" adding that he would have a lot of fun with them and called the two actors "crazy people."

The actor named director SS Rajamouli and expressed his wish to do a film with him. The actor further mentioned Lionel Messi and wished to get stuck with the latter on an island. He also named Arijit Singh, so that they all could party with good music.

When asked “What is a role you wish you’d have done recently?" He replied, “A role that I wish I’d done recently would be Pushpa" and also did its iconic step with a puppy that he was holding. He was also asked about his all-time favorite book. “All-time favorite book, well there are many — Ramayan, Jaya by Devdutt Pattanaik, The Alchemist, Songs My Mother Taught Me by Marlon Brando," Ranbir revealed.

Shamshera releases on July 22 in cinemas.

Watch the whole video below!

Also Read: “YRF has really given this film so much backing; it’s made Shamshera a visual spectacle” – Ranbir Kapoor lauds 2.5 years of VFX