Ranbir Kapoor has been keeping busy with the promotions of his highly awaited film, Sanju. From being a star kid to big Bollywood debut, from drug addiction to assault rifle possession, marriages and several affairs to the dark side of Bollywood, everything will be showcased in the upcoming Sanjay Dutt biopic. 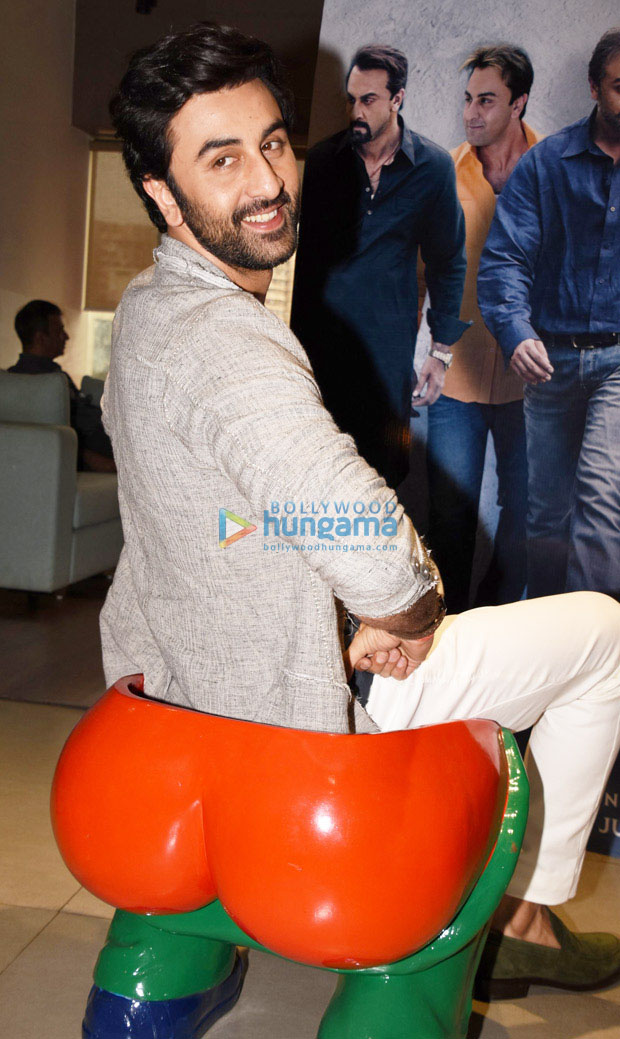 Ranbir Kapoor, who is juggling between promotions, Brahmastra shooting and IIFA hosting prep, is not leaving any stone unturned in Sanju promotions. Just a day ago, he was doing the rounds of media interactions. He was seen posing for the paparazzi by sitting on the 'bum' chair that was used in Aamir Khan's 3 Idiots hit track 'All Izz Well'. The iconic scene from the film was recreated by Ranbir during the Sanju promotions. Well, who wouldn't want to see those two stars together in full-fledged movie after PK stint. 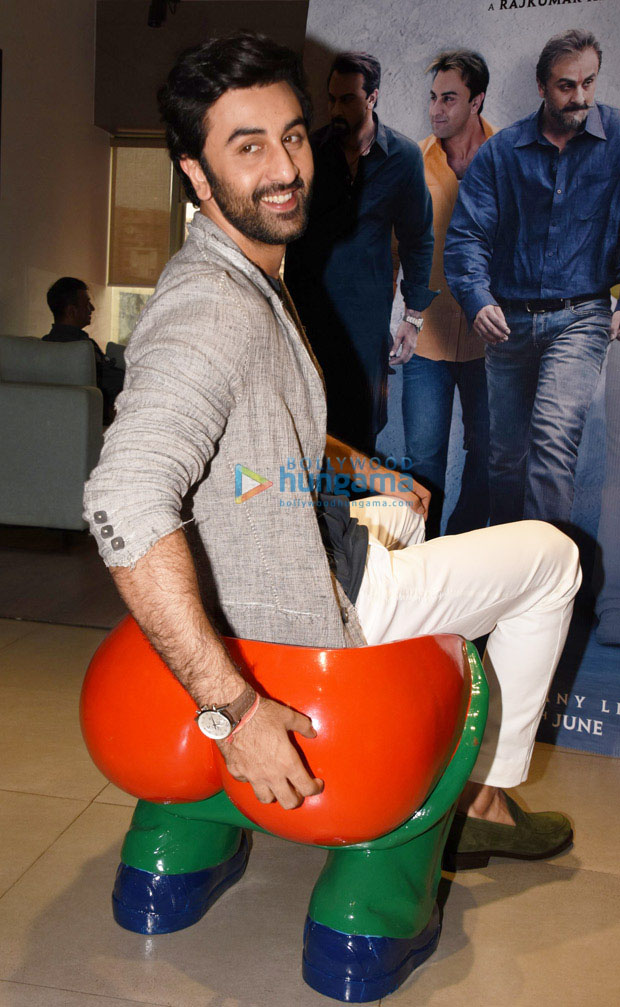 Written and directed by Rajkumar Hirani, the film will also star an ensemble cast in addition to Ranbir Kapoor which includes Paresh Rawal, Manisha Koirala, Vicky Kaushal, Sonam Kapoor and Dia Mirza amongst others. Produced by Vinod Chopra Films and Rajkumar Hirani Films in association with Fox Star Studios, Sanju is all set to be released on June 29, 2018.