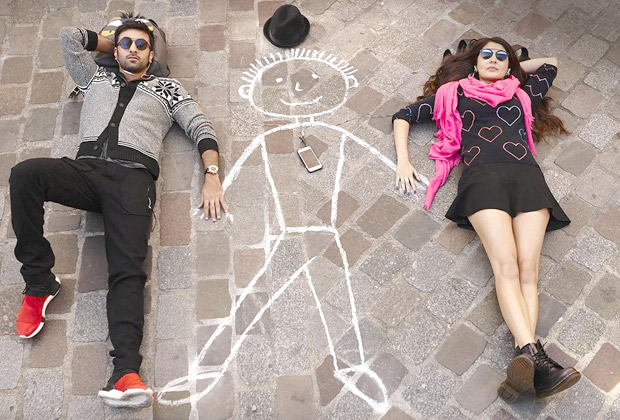 It is pretty much of a deja vu of Yeh Jawaani Hai Deewani scenario when it comes to the arrival of Ae Dil Hai Mushkil this Diwali. Back then, it was the trio of Karan Johar, Ranbir Kapoor and Pritam that ensured huge footfalls, especially from youth in theaters. This time around, the same trio returns, and yet again youth - especially in multiplexes - it is expected to be enticed.

"Pritam's music had played a vital role in the success of Ayan Mukerji directed film. This time around, Karan Johar is producing as well as directing Ae Dil Hai Mushkil. Each of the four songs that has released has worked and 'Bulleya' is a huge craze on the dance floors as well. Ask youngsters in the age group of 14-35 years and they can be heard singing praises around the music," informs an expert.

Add to that the fact that with Anushka Sharma, Ranbir Kapoor is forming a new youthful 'jodi' and the film is adding on to the festive appeal.

"The film is a definite watch for the multiplex audiences, especially the youth," says Girish Johar, film & trade business expert, "The music has been fantastically received and the title song is a blockbuster already. Rest are topping the charts too. With the ban now set aside, I am sure that the film is set to take a big start at the Box Office and spread happiness to all its partners concerned this Diwali."

As a partner, Fox is further ensuring that the film's marketing hogs the whole integration space, what with Ranbir and Anushka giving more reach to the campaign despite a cluttered media environment like Diwali.

"That's the right thing to do," says Akshaye Rathi, exhibitor and distributor, "The audience is extremely intelligent and they realize what the film has to offer. The trailer has worked and particularly in urban India and then even beyond the metros, the film is going to be fantastic. Each one of the songs is doing well and that’s a very good sign. When you have a rom-com coming then music has a key role in ensuring a good opening."

Trade is a bit cautious though when it comes to huge numbers piling up at the Box Office.

"Let us not outreach ourselves though," says another trade expert, "This time around we have films releasing on pre-Diwali and these days are traditionally not great. If you look at biggies like Prem Ratan Dhan Payo or Krrish 3, they have traditionally released a day after Diwali. Hence, the numbers that come in for Ae Dil Hai Mushkil on Friday and Saturday won't be a true indication of how the overall collections would eventually turn out to be. Sunday would be good, especially during the day and then the real game would be from Monday onwards. If the film has good merits, I am sure footfalls would only sky rocket from there on."

We hope so as well.