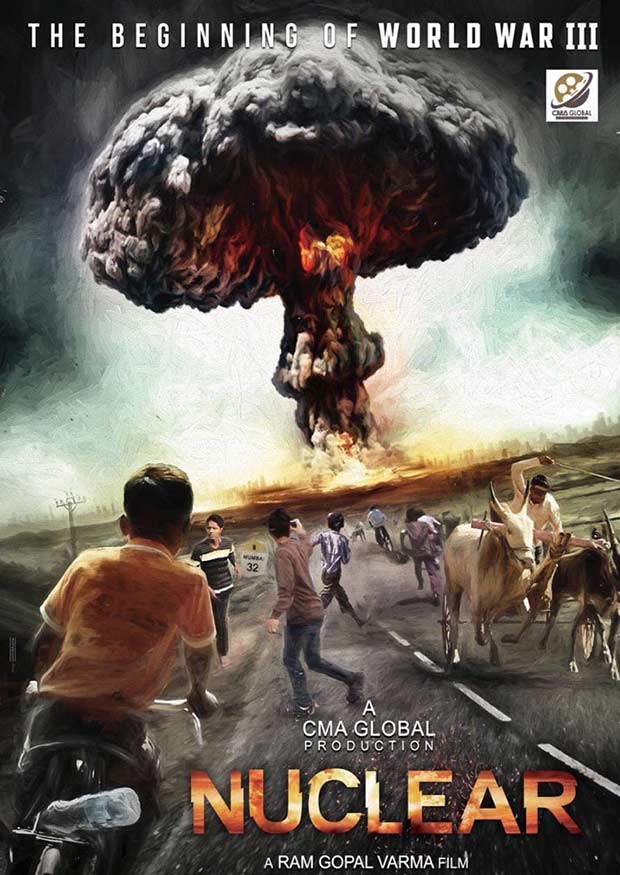 While he announced the much awaited Sarkar 3 on social media almost a month ago, Ram Gopal Varma seems to be on a movie making spree as he soon decided to also talk about his next. Titled Nuclear, the film is a terrorist drama and RGV took to Twitter to talk about it.

Produced by CMA Global, the casting details of Nuclear are yet to be announced. On the other hand, talking about how close the film is to his heart, Ram Gopal Varma added a note about the film saying, “I have been an avid and voracious reader of both fiction and non-fiction but never in my life until now, have I come across a subject matter like NUCLEAR. Yes it's going to be much costlier than the most expensive film ever made in India and the reason for that is because the subject matter truly demands that it is filmed on a scale never before seen. Terrorism is on the top of everyone's minds in the world today be it America, Europe, Middle East or Asia. We wake up every morning to hear dreadful news of a terror attack happening somewhere or the other. Incidents like planes bringing down towers, a truck plowing through people on the roads, slaughtering hundreds of innocent people in Paris, Mumbai etc are terrifying enough, but the real and truly unthinkable terror is, what if someone gets their hands on a nuclear bomb? 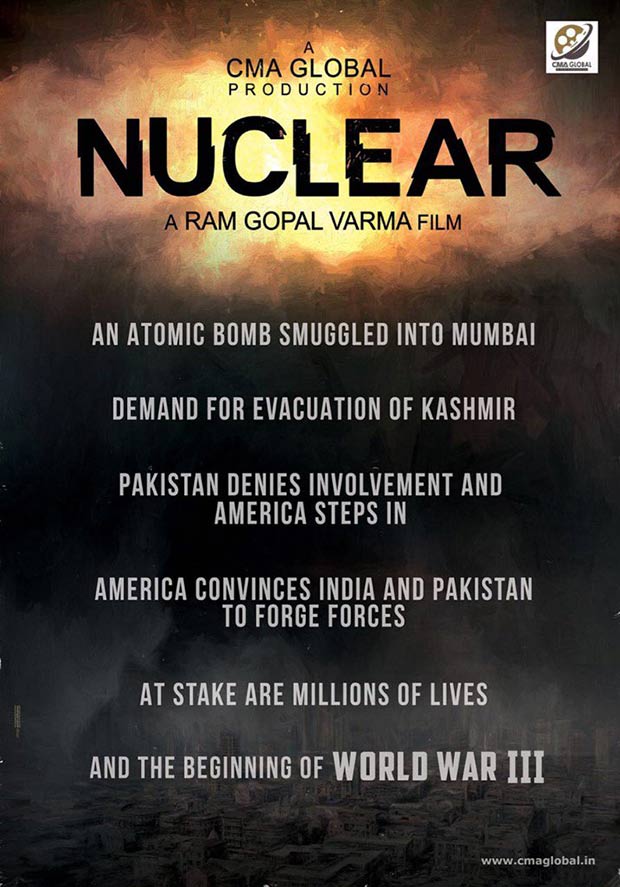 He went on to add, “This is not at all an exaggerated fear and a very plausible reality with so many terrorist organisations intimidating and attempting to take over nuclear powered countries. The echoes of the nuclear bombs on the cities of Hiroshima and Nagasaki are still reverberating in the world's ears 70 years after they exploded making it impossible for the world to forget the terror they unleashed. The only thing which can be more terrifying than that is, if that explosion happens now in our times. It is because of this fear that America acted against Iraq. If an act based on mere suspicion that someone could be in possession of a nuclear bomb bring in so much of hate and divide between the countries of the world resulting in regime collapses, friendly countries becoming sworn enemies, rise of ISIS etc., then it's obvious that an actual nuclear explosion in a big city like Mumbai can easily trigger WORLD WAR III and thus end the WORLD.”

In Ram Gopal Varma’s own words, Nuclear is his first international project made at a budget of Rs. 340 crores and will be shot extensively in America, China, Russia, Yemen and India and actors from all these countries will be a part of the cast. The film is said to go on floor after he finishes Sarkar 3.

He also spoke about his deal with CMI Global saying, “Nuclear is produced by CMA GLOBAL who did a long term tie up with my Company for 15 films.”