Rakul Preet Singh has never failed to make a statement with her work be it in the Hindi or Regional Film Industry. She is a star and we absolutely love her work. 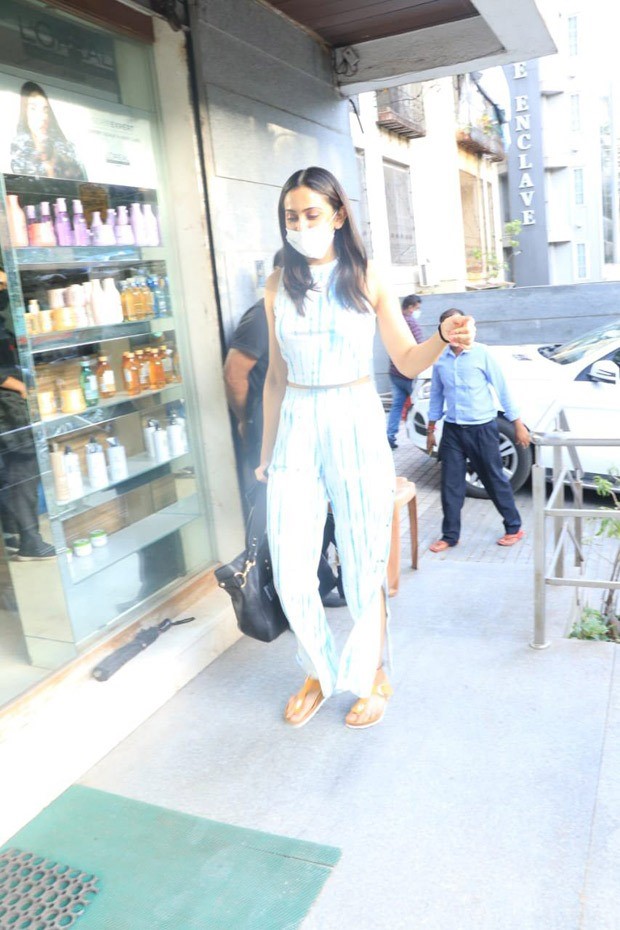 Rakul Preet Singh made her Bollywood debut with Divya Khosla Kumar's 2014 film Yaariyan. Rakul Preet, a former model, is best-known for starring in Neeraj Pandey's Aiyaari, co-starring Sidharth Malhotra, and De De Pyaar De, with Ajay Devgn and Tabu. She was also a part of Marjaavaan, alongside Sidharth Malhotra and Tara Sutaria. Besides Bollywood, the actress has also starred in Kannada, Telugu and Tamil films. She played the role of late actress Sridevi in the NTR biopic titled Kathanayakudu. 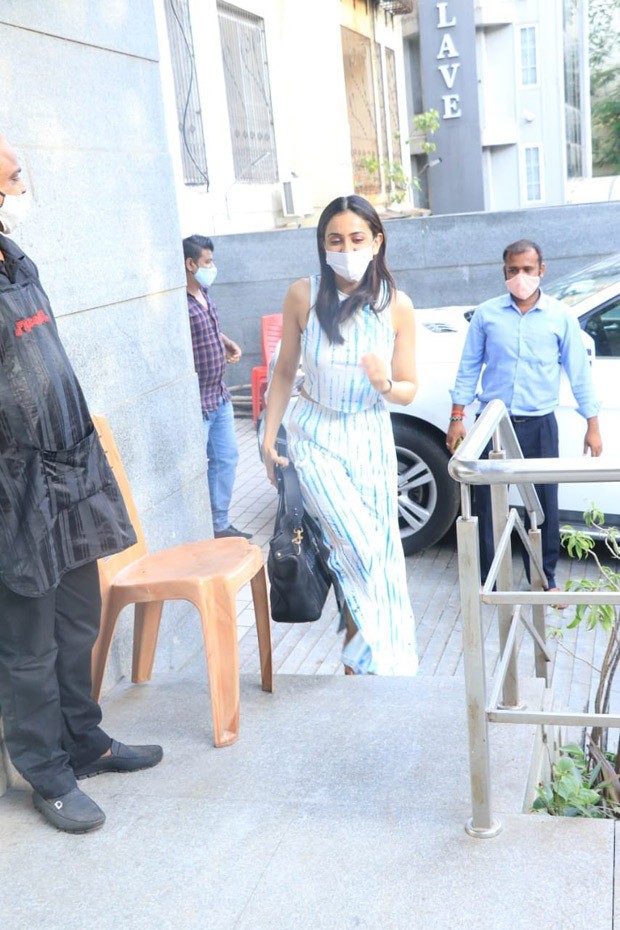 Amidst her busy schedule, Rakul was spotted outside a salon in Bandra. She was seen wearing a blue and white lining set. She styles a basic sleeveless cropped top with straight fit cotton pants of the same print. We love her outfit. She pairs it with a mask, basic flags and a luxurious bag. She is seen carrying the Christian Dior DIORANGELES 2way tote bag black leather bag worth Rs.1,98,337. 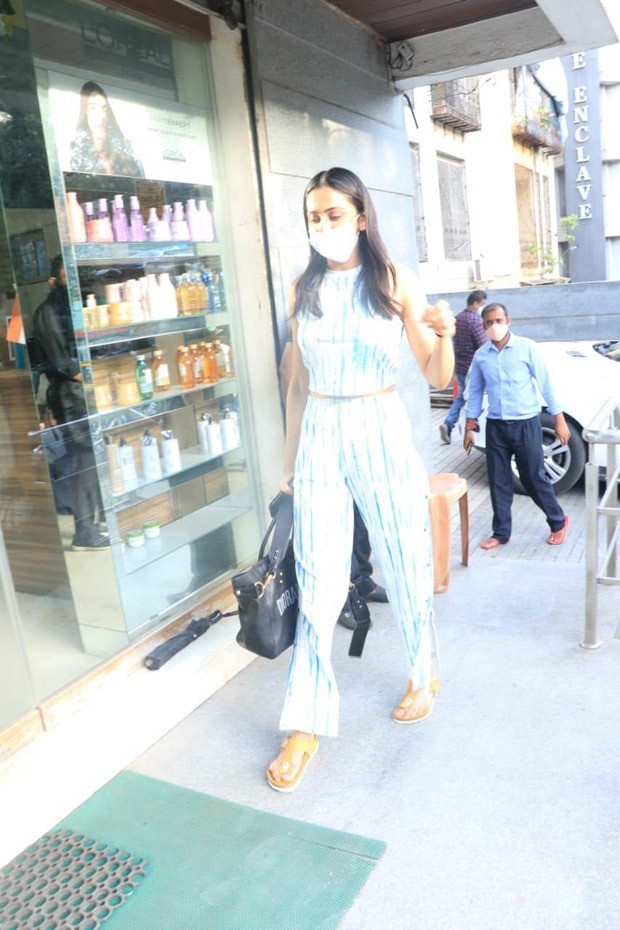 In terms of work, Rakul Preet Singh has a packed schedule ahead. The actress was last seen in a cross-border love story- Sardar ka Grandson, which also stars Arjun Kapoor in the lead role. It features John Abraham along with Aditi Rao Hydari in pivotal roles. Rakul Preet Singh will play the role of a pilot in the thriller-drama Mayday, which will be directed and produced by Ajay Devgn. The film also stars Bollywood veteran Amitabh Bachchan. Mega sensation Vaishnav Tej's first look from creative director Krish Jagarlamudi’s latest directorial Kondapolam was released recently to the terrific response. Now, the team has unveiled the first look of Rakul Preet Singh. 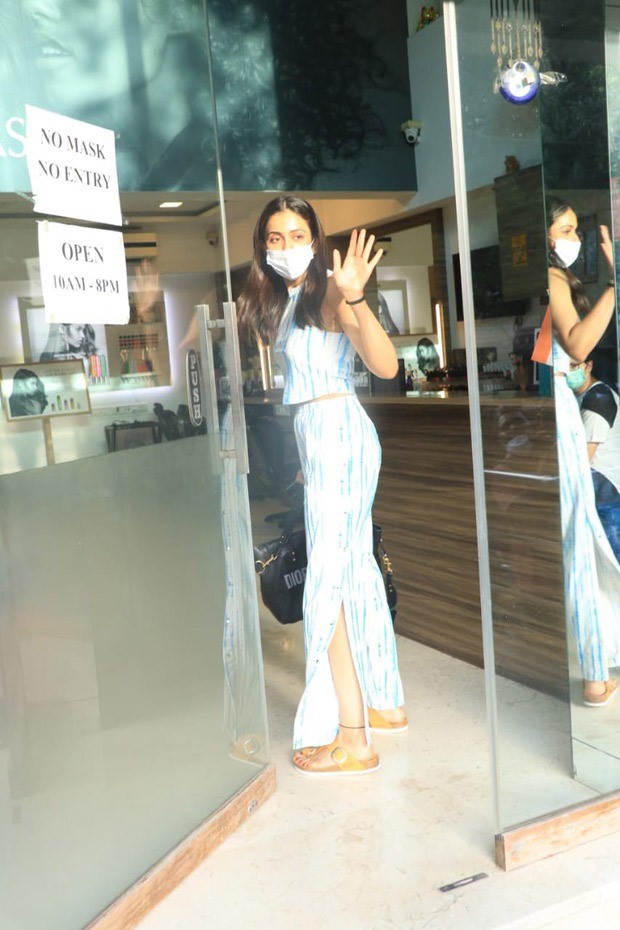 Her dairy is full with several upcoming films. She will be seen in Attack, MayDay, Thank God and Doctor G. She also has Indian 2 starring Kamal Haasan.