Amidst promoting De De Pyaar De and the upcoming release NGK, Rakul Preet Singh has been sharing many of her latest looks on Instagram. From casual summery outfits to some really hot and sexy photoshoot images, the actress has been giving us sneak peeks into many of her looks. Amongst them, one that caught the attention was this photo of her in a blue bralet as she is seen posing in unbuttoned denims. 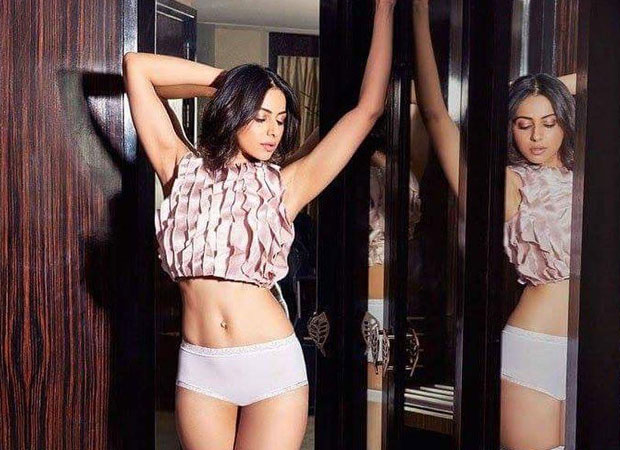 However, it wasn’t the photo as much as the caption that left these fans upset. The caption had the hashtag #girlpower and many of them felt that the photo shared by the actress was an inappropriate representation of girl power and expressed the same on the comment section.

Throw me to the wolves and I will return leading the pack ???? #girlpower #believe #grateful #gratitude @sashajairam @im__sal @aliyashaik28 ❤️ and abs credit @kunalgir @smackjil ????????????

One of the comments read, “This is nonsense, opening the button of jeans and spreading vulgarity is nonsense… I know we are no one to judge girls clothes but you wear miniskirts, sportswear but wear it properly at least. You girls are influencers we have small sisters… what’s girl power in this… this is shameful.” This comment received a lot of support from fans and they even went on to call out the actress for using the caption.

There was another comment where the user felt that it is not people like her but girl power lies in women from other fields who have showcased their strength in other arenas. The comment read, “This is girl power? I though the girl power is what Saina Nehwal, PV Sindhu and Dipa Karmakar are doing!”

Interestingly, when the actress posted this picture, some of her colleagues and friends from the industry like Lakshmi Manchu appreciated the photo and even described it as ‘Hotness’.

Also Read: Rakul Preet Singh fights away the Monday blues in a sexy bralette and an unbuttoned pair of denims for ThnkMkt Magazine