Rubina Dilaik and Abhinav Shukla’s problematic marriage became quite a topic of discussion when the former revealed that they came on Bigg Boss 14 to give their marriage a final chance. When Rakhi Sawant entered the show, her ‘love-lapata’ with Abhinav Shukla turned heads and it was tagged as entertainment even by host Salman Khan. Rakhi Sawant, who walked away from the winner’s title after claiming Rs. 14 lakhs, has revealed that her stint with Abhinav Shukla was done after Rubina Dilaik gave her the permission to go ahead to remove the ‘boring’ tag from his name. 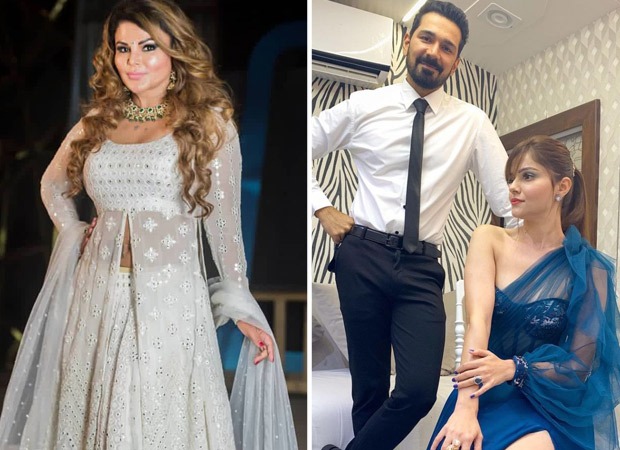 In an interview, Rakhi Sawant opened up about how she discussed the matter with Abhinav and told him that people had been calling him boring and have even resorted to tearing his posters. So, I told him that from today onwards, our love-lapata begins. When this was discussed with Rubina, she clearly gave a go-ahead and said that she just wants to remove the ‘boring’ tag from his name. During the show, when Rubina Dilaik threw a bucket of soap water on Rakhi Sawant for calling Abhinav Shukla with a derogatory term, the latter said that it was because she did not want her TRP to be faltered in front of their love-triangle.

Rubina Dilaik walked away from the show as the winner of Bigg Boss 14 and the couple has decided to give their marriage a second chance.

Also Read: Rakhi Sawant says she would not have married Ritesh if she knew about his first wife and their kid