Actors Rajkummar Rao and Patralekhaa have been in a relationship for several years now and the two have never shied from expressing their love for each other in public. Despite their careers in the showbiz, the couple seems to have maintained sanity between themselves. 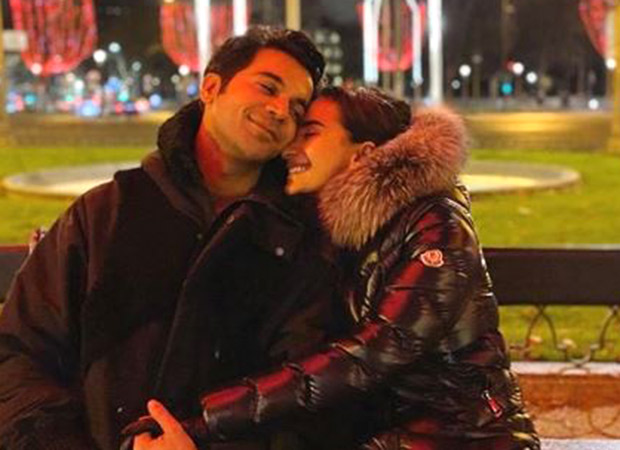 Ahead of Valentine’s Day, Rajkummar Rao penned a heartfelt note for Patralekhaa on Instagram.  He criticized the typical expectations out of a romantic relationship and called for a change in thought and attitude towards them. “It’s the month of love and I've been thinking. Pondering, in fact, about love and the words and gestures we choose to express it. Despite having done my fair share of conventional romantic roles - today I find myself questioning many of love's "accepted" expressions, gestures, the way it's meant to make you feel versus how it somehow actually turns out. Now you may say, really-but love makes the world go round. Well, yes it does. But it's also been abused and misunderstood so much. And therein lies my concern. Allow me to explain," Rajkummar wrote in the note.

"How often have we used expression like 'madly in love' and blinded by love to express our feelings. Ever paused and thought of what they convey? Does love just override logic, does it leave you incapacitated? That's not really true right, we don't lose all sense and good reason when we embark on a journey that if anything, should be liberating and uplifting. Aren't we in a relationship so we can build something bigger for both of us? Because surely the love I found in you made me more made me believe that we are on formidable force when together,” the actor continues.

"So why associate it with language that rejects individuality and undermines the potential of how two whole individuals truly feel when they come together to build something greater," he said in the letter.

He further writes about the notion of the 'Better half'. "Another prime example of the misconception that love tends to breed is the whole notion of better half. What does that mean? Shouldn't love be an equal partnership? How can one be better and how can there be a comparison?' he writes.

Rajkummar further wrote, “Expressions like settling down or "love is all you need" are simply incorrect because they reek of compromise & of letting oneself go when I know we have anything but settled down, we have in fact risen up & accomplished more than what we could have individually I think.”

The two-page long love letter was much appreciated by Rajkummar’s B-Town colleagues as several of them dropped in hearts in the comment section.

“I make a film because there is a voice I…