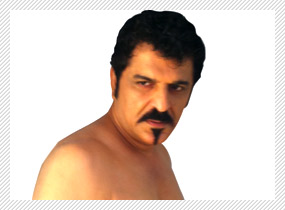 Rajesh Khattar, who was recently seen flaunting his chest in Khiladi 786, has now gone one step ahead in Race 2 by doing a Full Monty. Bollywood Hungama caught up with the actor for a quick tete-a-tete.


Rajesh, the eternal question, how was the feeling going topless for the scene?

Though I was aware of the scene but didn't know how it was going to be shot, but when my directors Abbas and Mustan told me, I totally went with their vision. The said scene is a dramatic scene between Saif & me & not as it is perceived.


Weren't you apprehensive or nervous about the same?

Frankly speaking, I was a little apprehensive yes, but had full faith in my directors. And as far as inhibitions are concerned, as we were only giving the impression of Full Monty, the only inhibition was an that I hope my body is not looking odd, particularly if you have so many good looking stars in the movie with their chiseled physiques.


Did you ok the shot in one take?

It's a long scene so obviously there were many takes & Saif is an amazingly helpful co-actor. He added a lot to the scene. I am sure audiences are going to love Race 2 & I hope I too am appreciated by them for my performance.


What's the context of the scene in the film that makes you do a Full Monty?
All that I can tell you right now is that this is a scene which is a confrontation between Saif and my character in the film. But you have to watch the film to know more about it.


What films are you doing after Race 2?

There's a film titled Manjunath, that's based on a real story. Besides this, I have signed a couple of other films, about which I feel it's too early to talk about. I will surely let you know when the time is right. Trust me; the roles in these films are really something to watch out for.