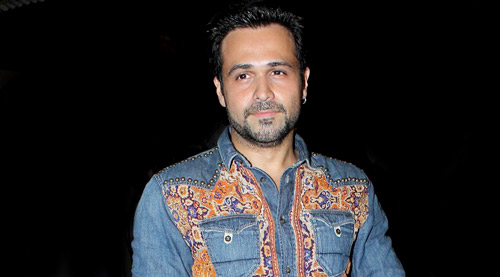 Raja Natwarlal has released and Emraan Hashmi is back in the kind of a role that crowds love to see him in. The film is also special for him since he has reunited with director Kunal Deshmukh, the man with whom he has delivered two successes - Jannat and Jannat 2.

Emraan gets into a quick tete-a-tete.

After being away for a year from the big screen, you are back now.

It was not exactly a sabbatical but then it did feel that films like Ghanchakkar and Ek Thi Daayan were a complete departure from the commercial Emraan Hashmi films. My films are known for certain ingredients while these were pitched to a slightly niche multiplex audience. Raja Natwarlal is now again aimed at a much larger audience. It has a unique story but still an out and out commercial Bollywood stuff. It has an ending that you can't guess.

So we get to see Emraan Hashmi as a mischievous character again?

Yes, Raja starts off like an immature kid, but gradually, you would see this journey of a boy who becomes a man because of an incident in his life. That is the essence of what Raja is and his quest is to become the biggest scamster that the country would ever know. He wants to follow the footsteps of the Godfather of scamsters, the real life personality Natwarlal. A title like Raja Natwarlal is just apt. Even the chemistry between him and the girl (Humaima Mallick) is fun and masala.

And so is your chemistry with Paresh Rawal, right?

Oh, I am a big fan of his. Paresh plays a master scamster in the film. He is playing this man who left the game of scams when he was at the top and is now living in reclusive in the hills in Dharamshala. When Raja wants to bring down the villain, he goes to this man in Dharamshala and tells him - 'You have done it all but I want to learn from you what a big scam is, as I do not want to kill this man (Kay Kay Menon) with a bullet but by stripping him off everything he has got'.

(Laughs) Actually it was the other way around. When we were making the film and Raja's character started evolving, we realized that he is much more entertaining character than anything that I have played before. A title like Shaatir seemed as if it the film was going down in a dark and dramatic zone. Yes, the film is drama but then it is fun. It has also got a very unique bright texture to it. So we decided to bring in Raja Natwarlal.

How much were you involved in the conceptualization of the film?

I had heard the concept and while Kunal was working on the script, I did meet him occasionally. I was also shooting for other films side by side. I knew what Raja Natwarlal was about and was happy with that. It was just about getting the screenplay in place and Kunal with his team worked on that for around 6-7 months. Eventually, we were all happy with what came on paper.

You were also happy with Ek Thi Daayan, Ghanchakkar and Shanghai. What really happened?

Nothing in particular. The films did turn out what they were paper. It is just that they were meant for niche audience. I knew that Ek Thi Daayan was an experimental horror film. It was quite evolved. Ghanchakkar again took comedy into a very niche zone. Also, a radical end was the kind where you suspect that audience may leave the theater either living it or abusing it. Sometimes, when you listen to a script, you come to know that it has got certain element that masses are not going to pick up. You can't do a film like Shanghai and expect it to open big in single screens; that is not going to happen.

70% of India's population is mass audience; these people look at cinema as a kind of escapism. If you look at Shanghai, it deals with the problem of the nation; now audience doesn't want to see that. They want to see dancing, romance, kisses, drama, fights, and conflict - Raja Natwarlal has got all of that.