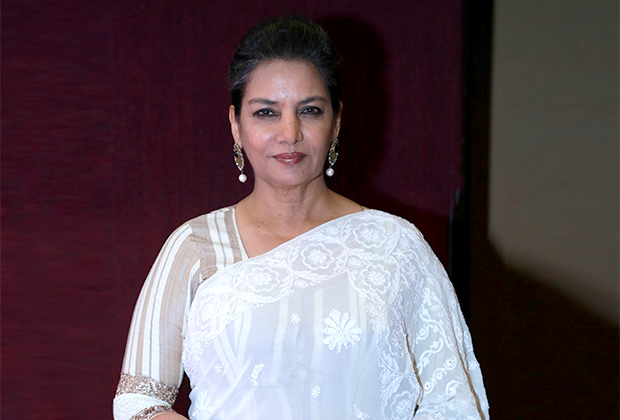 The ceaselessly forthright and politically unaffiliated Shabana Azmi is shocked and disappointed by the deal that Karan Johar seems to have struck with Raj Thackeray a smooth release of Ae Dil Hai Mushkil (ADHM).

Says Shabana, "ADHM has been passed by the Censor Board. Home Minister Rajnath Singh promised safe passage for the film’s release. The matter should have ended there." Shabana wonders what was the need to negotiate with Raj Thackeray. "The role of the Maharashtra Chief Minister was clear. He had to ensure that law and order is enforced. Instead he brokers a deal between the producers and Raj Thackeray who places a price of Rs. 5 crores for a display of patriotism?"

She spares no empathy for those who participated in the negotiations. "What a shameful state of affairs and such a blatant expression of doublespeak for which the Sangh Parivar is notorious!"

Shabana feels the Maharashtra CM owes an explanation to the BJP. "The BJP should demand an explanation from Mr. Devendra Fadnavis for disrespecting the Home Minister's words." She expresses shock and disbelief at the way the MNS was allowed to muscle into Karan Johar's film's release. "Is Raj Thackeray going to decide whether I am patriotic or not? I abide by the Indian constitution. Raj Thackeray does not. His patriotism should be up for questioning."