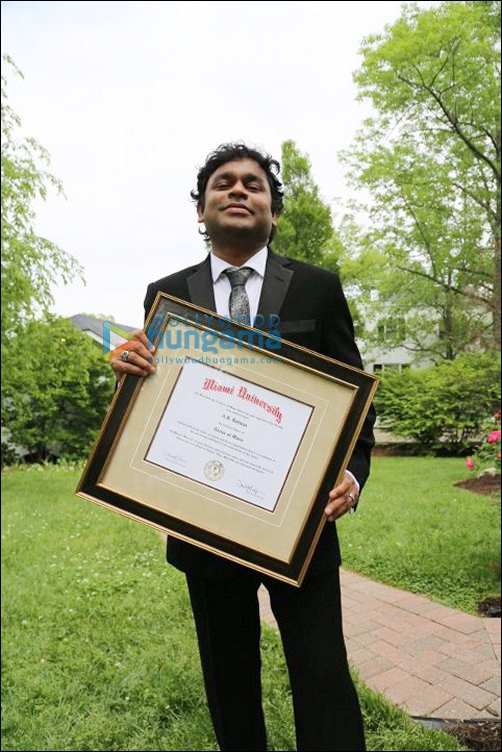 Musical genius and Oscar-Grammy winner A R Rahman was honoured another recognition on Saturday night, with an honorary doctorate from Miami University.


In his address speech, Rahman said, "I would never have imagined the following:
The US President and his family sending me personally signed invitations to come over to the White House and following up with Christmas Cards, getting a visa to come to the US, let alone coming over to share my love and music with Miami University. Getting my first American Honorary Doctorate from Miami of Ohio. I cannot believe that it is over ten years since my music and me have been associated with Miami University."


The ever humble Rahman did not forget to thank few special people in his speech. "I wish to thank a few people who have made a significant impact in my life: My father and mother have anchored me with good values; then Mani Ratnam who is India's noted filmmaker gave me my first break in the world of cinema in the film Roja," he said in his speech.

5 Bollywood films on acts of terrorism worth…