Rahat Indori who passed away on August 11 had turned his back on Bollywood. “He didn’t need this film industry. He was completely disillusioned with the philistines and ignorant producers telling him how to write his lines. Rahat Saab was a great poet and he completely demolished the myth of the impoverished unshaven bankrupt poet.” 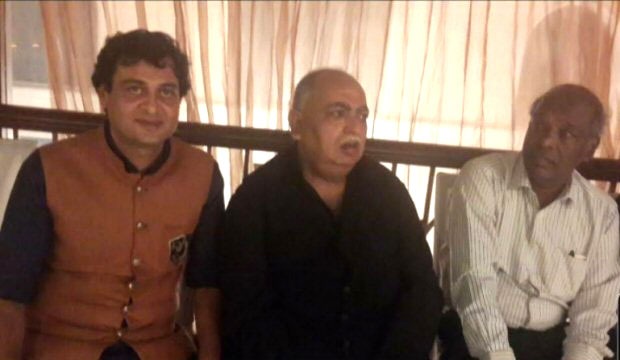 The Guru Dutt Pyaasa prototype was not applicable to Rahat Indori. “On the contrary Rahat Saab made huge amounts of money through mushairas and poetry sessions all over the world,” says the deceased bard’s   close friend filmmaker-writer Rumi Jaffrey recalling his long association with this posh poet from Indore.

Recalls Rumi, “I knew him for years and watched his brief association with the film industry where he worked with some of the best filmmakers like Mahesh Bhatt and Vidhu Vinod Chopra.”

Most of Rahat Saab’s filmy association was with composer Anu Malik.  The association ended suddenly when one of the biggest filmmakers of the time asked Rahat Saab to change the words in the last stanza in his song. Rahat saab walked out and wrote lines that translated as “It is hard times for poetry when I have to recite to the deaf.”

Says Rumi, “Rahat saab never looked back. The mushairas brought him substantial money, plus he received expensive gifts from his fans all over his world. He didn’t need the film industry. I remember David Dhawan and I were working together in Hum Kissise Kam Nahin when the film’s lyricist Anand Bakshi passed away. We needed a substitute poet for one song. I suggested Rahat Indori’s name. But he refused. Many years later I needed someone to write a satirical song on Indian politics for my film Gali Gali Mein Chor Hai. I couldn’t think of anyone else for this except Rahat Indori. Because of my old relations with him Rahat Saab agreed. He came up with a scathing song about those belonging to the Chambal valley sitting in parliament.”

Rumi describes Rahat Indori as a true poet.  “He wasn’t a particularly handsome man. But when he took over the stage he had audiences in a thrall for hours. He was the master of mushairas who strayed into films. But he was never comfortable writing film lyrics.”