It’s now common knowledge that Salman Khan RULES the box office on Eid. More or less, it is a lucky date for him and he knows that fairly well. So, this Eid, Bhai will be out with Race 3 and we already can’t keep calm. Firstly, Race 3 is the third part of the already successful franchise. Secondly, it has got a makeover as this film is directed by Remo D’Souza and promises to be bigger, better and totally GRAND when it comes to the production value. Thirdly, we have Salman Khan in the lead role! Jacqueline Fernandez will spice things up with her sizzling chemistry with Salman and lastly, how can we forget? This is big ticket comeback vehicle for Bobby Deol, who we must say looks in a great place! 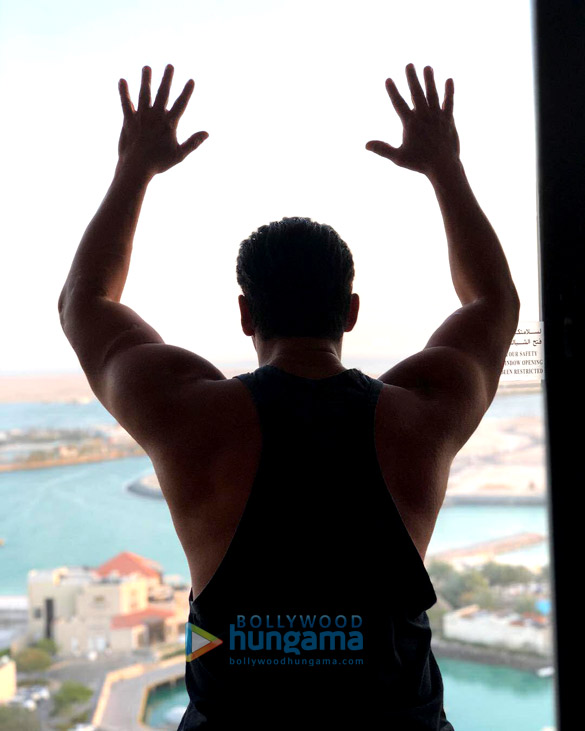 While there already is a buzz surrounding the movie, Jacqueline added fuel to the fire by sharing a HOT, HOT, HOT picture of her lead star Salman Khan on Instagram. Social media junkie that she is, Jacqueline wasted no time sharing this candid pic from the movie sets which obviously is a tease. She wrote, “Back to race”. Salman looks superb with his arms flexed…it seems he is all rearing to go! Did you know? Salman Khan is also debuting as a lyricist in Race 3. He has penned a romantic track in Abu Dhabi for the film.

After Race 3, he will be seen in Dabangg 3 and Bharat. While Sonakshi Sinha will be seen with hin Dabangg 3, it is not yet decided who would be is lead heroine in Bharat. Check out this space for more updates.