When it rains, it pours! The adage could well hold true for Pulkit Samrat who is now enjoying three films in a span of mere three months. While his Fukrey Returns arrived in December and turned out to be a smash superhit, he would now have two more releases in March and that too on back to back weeks. "That's right," comments an observer, "While Veerey Ki Wedding releases on March 2, a week later arrives 3 Storeys."

Incidentally, the earlier plan was to have Veerey Ki Wedding too release on March 9. However, it was pulled back quick enough to enjoy a Holi arrival instead. 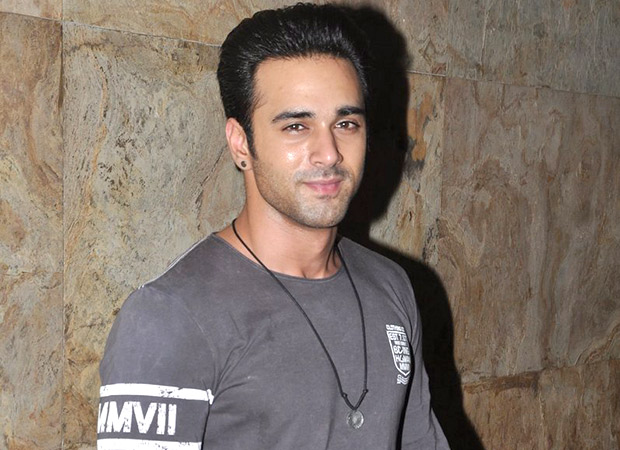 "Both films are quite different from each other though, and feature Pulkit in contrasting roles," our source informs, "Veerey Ki Wedding is a light hearted entertainer and has Pulkit play a cool street-smart youngster. On the other hand 3 Storeys is an out and out drama with intrigue and suspense built into the narrative. Pulkit plays an everyday guy in the film and has a very interesting role."

While in Veerey Ki Wedding, Pulkit is seen wooing his lady love Kriti Kharbanda, 3 Storeys has the actor sharing a very different kind of equation with Renuka Shahane who plays an aged lady.

"Asshu Trikha's Veerey Ki Wedding caters to the masses and has gentry as its target audience. 3 Storeys is aiming for intelligentsia though. Farhan Akhtar and Ritesh Sidhwani are backing the film," the source adds.

Though Pulkit is playing the central protagonist in Veerey Ki Wedding with songs, music and dance as the accompanying ingredients, he is more business-like, formal and realistic in 3 Storeys where he features in one of the multiple segments in the film which (presumably) end up getting connected to each other.

"It is this very contrast that Pulkit would be enjoying this season," a close associate adds, "From Fukrey Returns to Veerey Ki Wedding and 3 Storeys, Pulkit is showing his range as an actor. He has successful films before too in Fukrey, Dolly Ki Doli and Sanam Re. Now his upcoming films would further play a major role on defining his career direction."

Post that, it would be interesting to see what he signs next.