Priyanka Chopra has shared a selfie with her co-stars from The Matrix Resurrections, Yahya Abdul-Mateen II and Jessica Henwick on her official instagram profile. Priyanka along with Yahya and Jessica are the three new additions to the popular science-fiction film franchise and will make their debut with Lana Wachowski’s film. 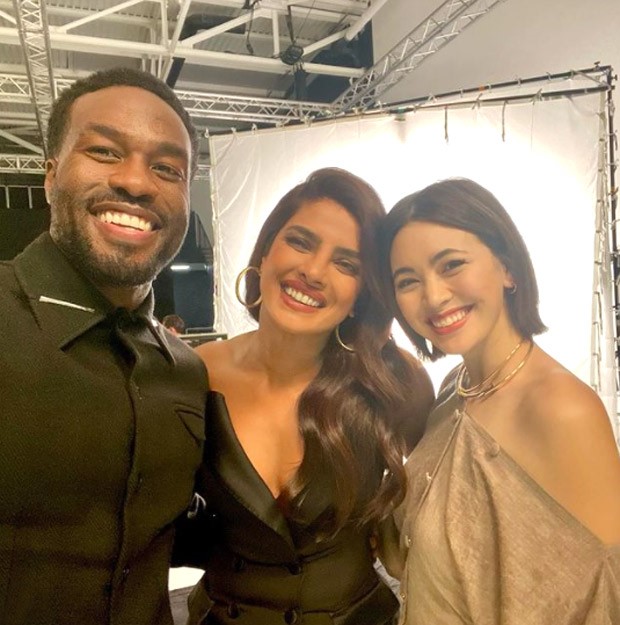 Sharing the picture, Chopra wrote in the caption, “A day and night well done with @jhenwick and @yahya ✨????.” The picture shows the actors smiling with Abdul-Mateen II clicking. It appears the promotions for the movie are about to start.

The fourth Matrix movie will also bring back the franchise’s lead actors — Keanu Reeves (as Thomas Anderson and Neo) and Carrie-Anne Moss (as Trinity). Jada Pinkett Smith is back as Niobe. Yahya Abdul-Mateen II plays the role of a young Morpheus, a character that was portrayed by Laurence Fishburne in the original three films.

While the details of Priyanka’s character in Resurrections are kept under wraps, but it could be the grown-up version of Sati, the ‘Exile program’ who first appeared as a child in The Matrix Reloaded. It was Sati who rebooted the Matrix at the end of the last movie and became the new Oracle. Henwick essays the role of a brand new character called Bugs in The Matrix Resurrections. In the trailer, she offers help to Neo. “If you want the truth, Neo, you’re going to have to follow me,” she says.

Jonathan Groff, Neil Patrick Harris, and Christina Ricci also star in The Matrix Resurrections. The film is set for release on December 22.