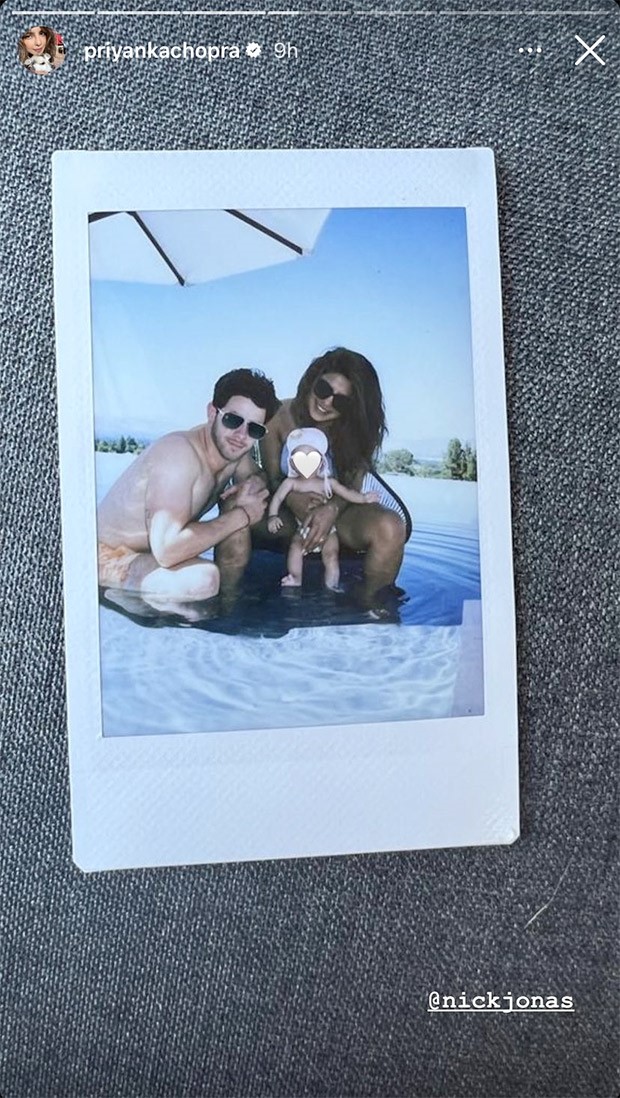 Taking to her Instagram stories, Priyanka dropped an adorable family picture featuring her daughter Malti Marie Chopra and husband Nick Jonas, all sitting together by the pool. However, Malti’s face is covered with a heart emoji.

While Nick sported his shirtless look coupled with shorts, Priyanka is making heads turn with her bikini photos from the day out. The duo welcomed their daughter Maltie Marie in January this year via surrogacy.

The actress also dropped a picture of herself where she can be seen posing along the poolside, wearing a blue swimsuit paired with a scarf, goggles, and a cap. She captioned the picture “Sundaze” along with a black and a white heart emojis.

On the work front, Priyanka is currently working on the Hollywood film Ending Things along with Captain America star Anthony Mackie. She is also set to star in the spy thriller series Citadel with Richard Madden, romantic comedy It's All Coming Back To Me with Sam Heughan and Bollywood film Jee Le Zaraa with Alia Bhatt and Katrina Kaif.

Also Read: Priyanka Chopra shares ‘sundazed’ picture as she relaxes by the pool in black bikini top and shorts at her Los Angeles home