"I'm very honoured to receive the Sridevi memorial excellence award at the inaugural Jharkhand International Film Festival. Sri ma'am was my favourite and I'm really, really humbled at receiving this award in her name. It'll only encourage me to do more," said Priyanka Chopra in a video message yesterday May 27 at the awards night of Jharkhand International Film Festival. Priyanka's mother Mrs Madhu Chopra and brother Sidharth Chopra received the award on her behalf. Mr Mahesh Bhatt gave away the award. 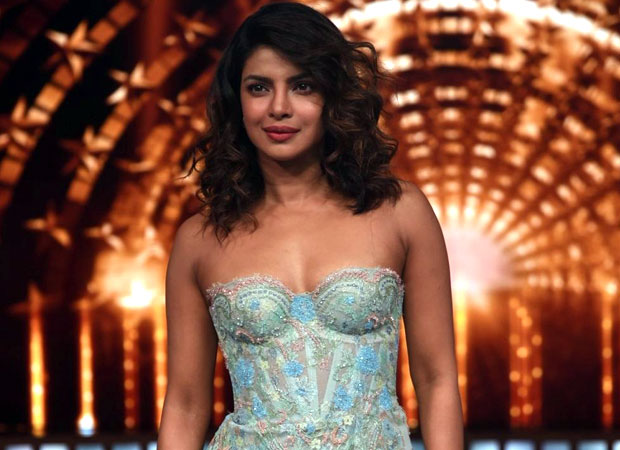 Dr Ashok Chopra Award was given away by Mrs Madhu Chopra to popular singer actress Sapna Chaudhury. "Thanks a lot for instituting an award in the name of my father. It means a lot to us as a family," Priyanka said in her message.

Another important award was given away to Mr Mahesh Bhatt. It was Milestone of Jharkhand film policy award which was given away by actor Akhilendra Mishra. Mr Bhatt shot his film Begum Jaan in Dumka district of Jharkhand with full support from Rishi Prakash Mishra who's the festival director of Jharkhand International Film Festival. Mr Bhatt thanked Mr Prakash for his support during Begum Jaan and he wished that the smaller film makers and story tellers will get more support so that they can continue telling stories without worrying about the funds.

Also Read: WHOA! Priyanka Chopra was once MIFFED with Sanjay Leela Bhansali and Deepika Padukone was the REASON