Priyanka Chopra and Nick Jonas got married at the Umaid Bhavan palace in Jodhpur and released their pics and videos via an international magazine and we are SHOOK. While she chose Sabyasachi Lehenga for her wedding — because come on isn’t that the dream of every bride, celeb or otherwise? - She wore a surreal Ralph Lauren creation for the White Wedding at the palace. The lehenga looked majestic but did you know she had her parents’ and husband’s name woven across the waistband because she wanted to retain the personal, emotional value attached to it. She told the People magazine, “For the Indian wedding, I wore Sabyasachi. I always knew I wanted a red traditional silhouette for my wedding but Sabya brought in incredible French embroidery to the mix and with incredible jewellery and Western-inspired veil it was just such an amalgamation of who I am." 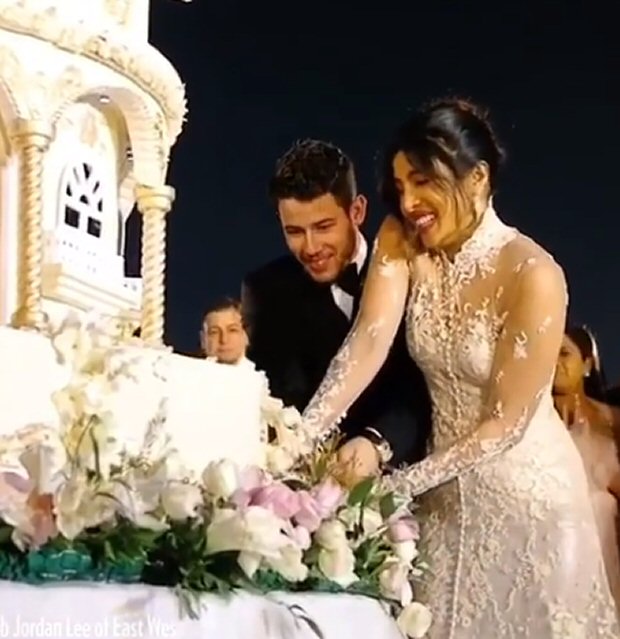 The cake that the couple cut at the western wedding also was spectacular because Nick had special chefs flown in from Kuwait and Dubai to work on it. The massive cake was 18 foot tall and had 6 tiers. The video released by People magazine gives us an idea about the same.

Priyanka had a wedding reception in Delhi on December 4 when the Prime Minister Narendra Modi was the Chief Guest. She is planning to have one in Mumbai for her friends in the industry on December 15 or 16. She plans to complete The Sky Is Pink before leaving for a brief honeymoon with Jonas.

Also Read: After a lavish wedding, Priyanka Chopra and Nick Jonas to take off for a short honeymoon during New Years