Mr. and Mrs. Jonas have arrived and they look royal as ever. Priyanka Chopra and Nick Jonas tied the knot in beautiful ceremonies following Christian service and Hindu rituals this past weekend at Umaid Bhawan Palace. The couple began dating earlier this year in May before getting engaged in July during Priyanka’s birthday trip to London. Just a day ago, the couple arrived in Delhi together and this was the first time they posed as husband and wife. The paparazzi were delighted to finally catch a glimpse of the two stars. Tonight, they are hosting their Delhi reception for their family and close friends. 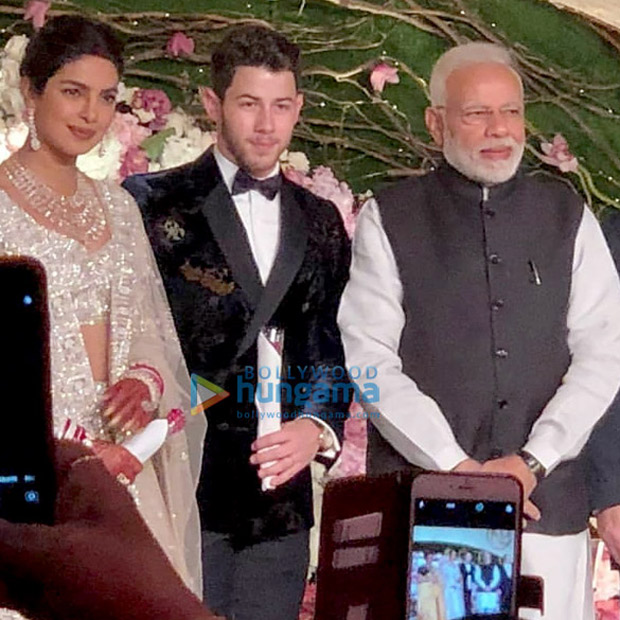 And guess what? As speculated, Prime Minister Narendra Modi graced the wedding reception of Priyanka Chopra and Nick Jonas. Modi greeted the newlyweds as the couple sought blessings from the honourable politician. They presented them with a rose as the two of them greeted PM and exchanged a heartwarming conversation. Priyanka even introduced her family and in-laws to PM Modi as they posed for a picture together. Priyanka looked regal and radiant in Falguni and Shane Peacock custom-made lehenga whereas Nick looked dapper in a navy blue suit. 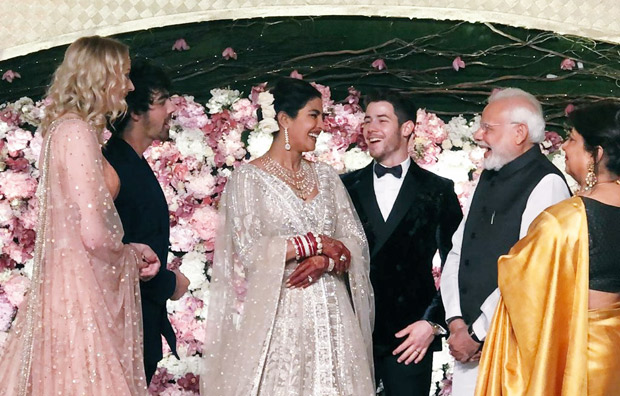 Just this evening, PEOPLE magazine exclusively unveiled pictures and they looked regal as ever. On Saturday, Priyanka and Nick tied the knot in a Christian wedding ceremony at Umaid Bhawan Palace in Jodhpur, Rajasthan. The wedding was officiated by Nick's dad Kevin Jonas Sr and included 12 groomsmen, 12 bridesmaids, four flower girls and a ring bearer. All the looks were designed by Ralph Lauren. 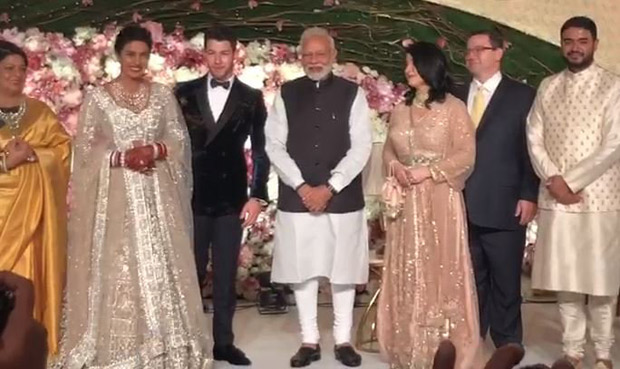 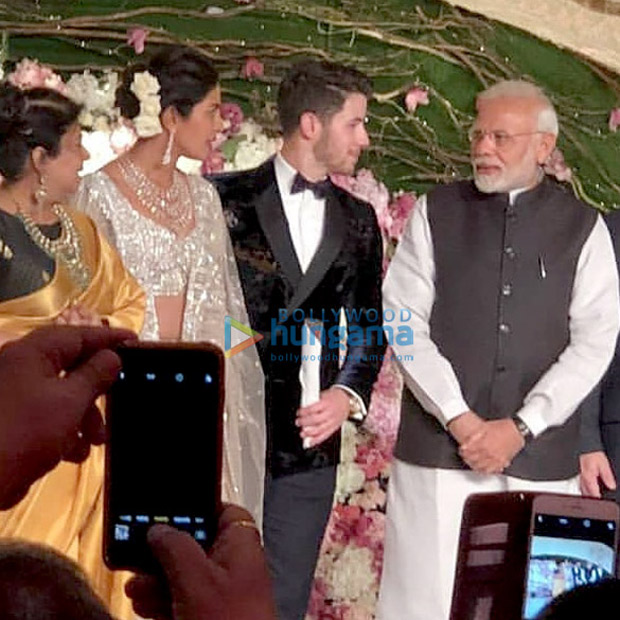 Also Read: Priyanka Chopra – Nick Jonas Delhi Reception: The newlyweds are the epitome of ROYALTY in these jawdropping photos