Priyanka Chopra – a surname to reckon with and not just a pretty face, our Desi Girl is bae! Right from oozing oodles of charm and engaging everyone with her witty demeanour, looking like a zillion bucks every time she steps out is a norm! While red carpets and high street styles are her thang, the diva keeps the style vines abuzz with seasonal style coupes in tandem with her fashion stylist Mimi Cuttrell. This time, PeeCee decided to school us on the infallible monochrome with four looks, all the way from Dubai where she is a part of the Global Education & Skills Forum (GESF) discussion. From interacting with several international laureates and diplomats to striking a pose and hobnobbing with the likes of Australia's former prime minister Julia Gillard and Britain's ex-prime minister Tony Blair, African actor Charlize Theron and Suits actors Gina Torres and Sarah Rafferty. Experimenting with the monotone with texture and silhouette, Priyanka kept it simple and classic with contemporary undertones that were sophisticated all at once.

Monochrome fashion is quite easy to style and always looks well put-together. Style mavericks swear by this vibe and ace ways to up it. Infusing the trusty monochrome into the reigning concepts of styles like the red carpet, formal discussions, smart casuals, off-duty and back to basics, Priyanka Chopra keeps the fashion lovers, critics and fans alike hooked to her affairs with style. Take a sneak peek at how the simplistic nature of monochrome allows you to make easy style choices. 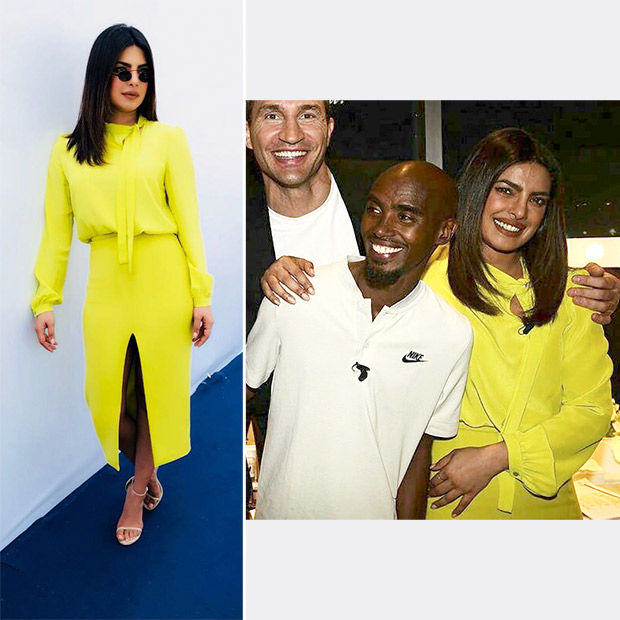 Priyanka wore a lime green coloured dress from Rochas featuring a high-neck, front-slit and full sleeves from their Pre-Fall 2018 collection. She topped off the look with strappy sandals from Stuart Weitzman, futuristic dark sunnies with subtle makeup and signature centre-parted sleek hair. (Also Read: A plunge here, a thigh-high slit there and loads of oomph – This is how Priyanka Chopra rolls post sickness!) 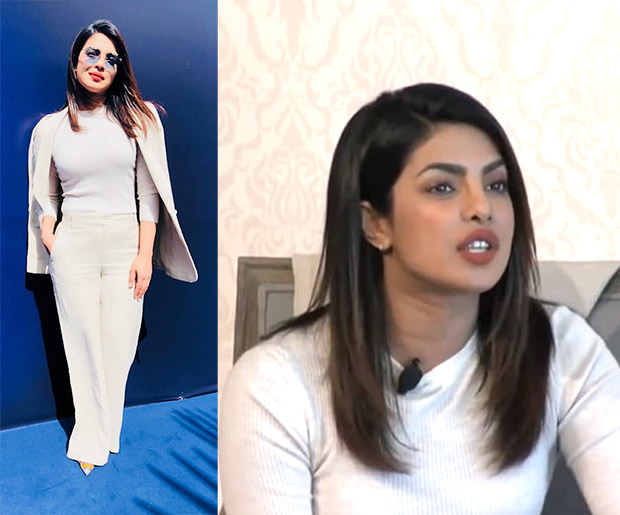 Teaming her monotone separates from Theory featuring a top, wide leg pants and blazer, Priyanka added a crisp vibe with bright pointy toes from Fendi. She topped off the look with reflector shades, a side-parted sleek hairdo and bright pink lips. (Also Read: Priyanka Chopra and her snazzy closet is every girl’s dream come true!) 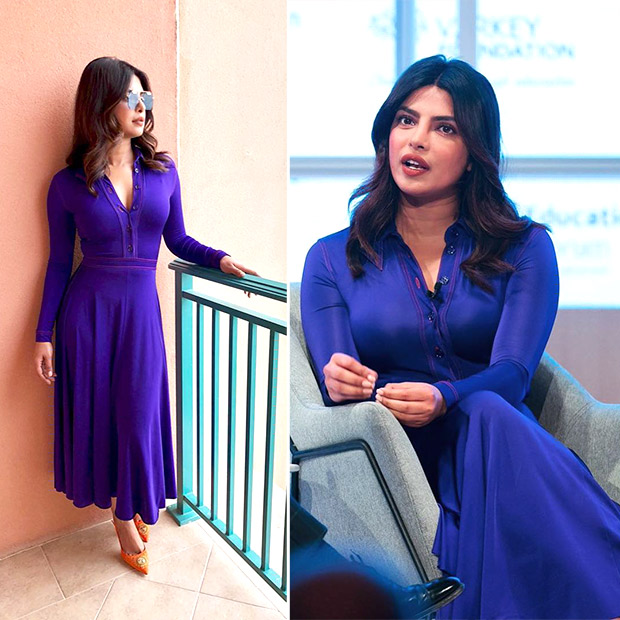 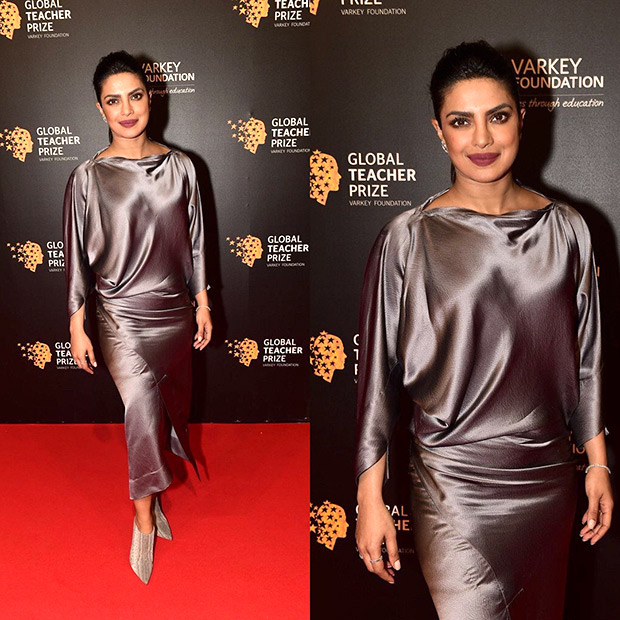 Going metallic on the red carpet, Priyanka donned a Vivienne Westwood dress with Stuart Weitzman shoes. A brilliant makeup of defined eyes, nude matte lips and a sleek pulled back hairdo allowed the dress to take centre-stage. While we love the metallic vibe, the slouchy silhouette seems a tad unflattering on our Desi Girl. (Also Read: Anupam Kher meets Priyanka Chopra on the sets of Quantico)

Saying a Namaste from the other side, Priyanka Chopra has us all firmly wrapped around her finger, landing and strutting impeccably so, making heads turn and gawk in blatant appreciation! That she stunned us again would be an understatement and our PeeCee is one hell of a diva! She is all set to reprise her role of Alex Parrish in Quantico 3 and will also be seen in movies, A Kid Like Jake, essaying the role of a single mother named Amal and a yoga ambassador named Isabella in Isn't It Romantic.