Priyanka Chopra Jonas has been busy for the past couple of weeks promoting her film, The Sky Is Pink which released this morning. Beginning with the world premiere at Toronto International Film Festival, Priyanka has been on a whirlwind tour across Ahmedabad, Jaipur, Delhi and Mumbai to promote the movie. Taking her movie promotions global, the actress has appeared on The Tonight Show Starring Jimmy Fallon to promote The Sky Is Pink, the first Hindi film to be promoted on a prime time talk show in the US. 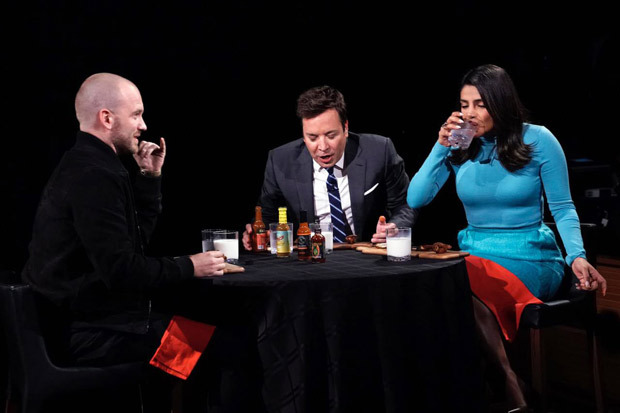 Before she could talk about the film, Priyanka Chopra indulged in Hot Ones segment with Jimmy Fallon where the celebs eat spicy chicken hot wings and try to move forward from mild to the hottest wings. Priyanka has earlier done some fun segments on the show but this time it was very spicy. The actress was seen drinking milk and water as the wings got hotter. 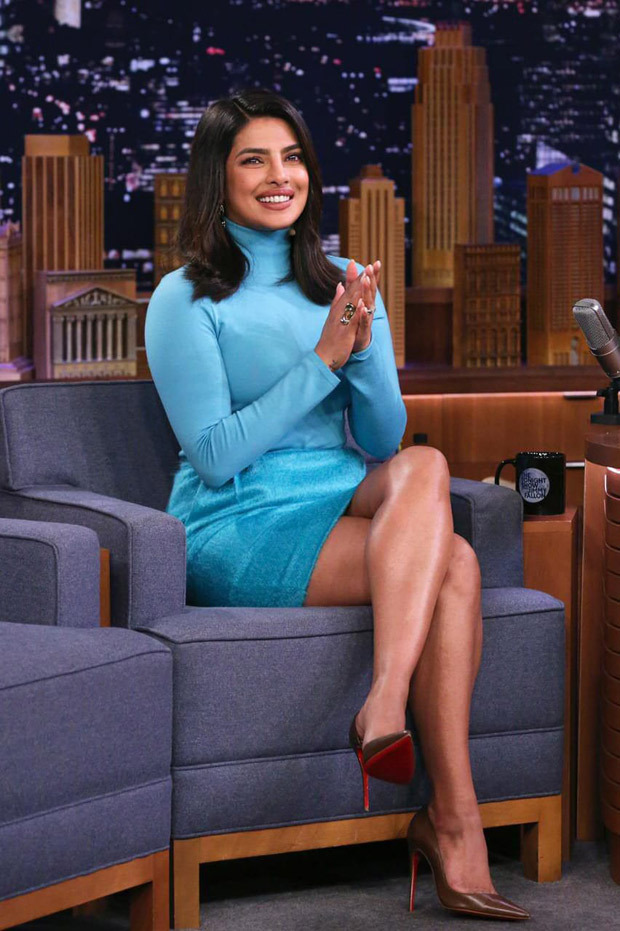 During the segment, she talked about how her husband Nick Jonas had appeared on the Hot Ones show hosted by Sean Evans and how she encouraged him to do well since now he is married to an Indian girl.

Coming back to The Sky Is Pink, the film stars Farhan Akhtar, Zaira Wasim, and Rohit Saraf. It is directed by Shonali Bose.