Priyanka Chopra and husband Nick Jonas were recently in Mumbai and also had a fun-filled Holi celebration in advance. We showed you photos of the couple bathed in colours! They brought an end to their trip with a quick visit to Pune over the weekend. 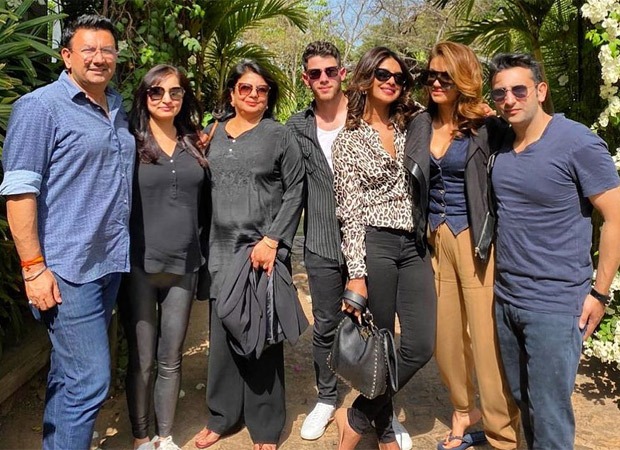 Priyanka took to Instagram to tell us that she had a 'lit and chill' weekend! "I love when the weekend is lit and chill at the same time. Thank you @natasha.poonawalla #adarpoonawalla for being the best hosts. Here’s to the next time," she wrote, sharing a happy photo of herself, Nick and her mother Madhu Chopra posing with hosts Natasha Poonawalla and Adar Poonawalla. Priyanka's friend Tamanna Dutt and husband Sudeep Dutt are also seen in the picture.

I love when the weekend is lit and chill at the same time. Thank you @natasha.poonawalla #adarpoonawalla for being the best hosts. Here’s to the next time.. ❤️

Priyanka and Nick also attended a star-studded Holi bash hosted by Isha Ambani and Anand Piramal in Mumbai. The party was also attended by Katrina Kaif, Vicky Kaushal, Rajkummar Rao Huma Qureshi, Priyanka's brother Sidharth Chopra and his rumoured girlfriend Neelam Upadhyaya. Nick, who celebrated Holi for the first time, simply could not get enough of the fun!