Preity Zinta has been a leading lady of the nineties and rocked the screen in the 2000s too. But along with starring in most memorable Bollywood movies, she has also been a part of a Telugu film. She took to Twitter yesterday to share her throwback picture with superstar Mahesh Babu and looked all kinds of SPECTACULAR in it. The picture is from 19 years ago and the young Zinta looks straight out of teenage years in the picture. Along with the snap there is also a video which has surfaced online one sees Preity dancing with Mahesh Babu in a romantic number. The video is CUTENESS personified and we really would want to see Preity back in action soon! 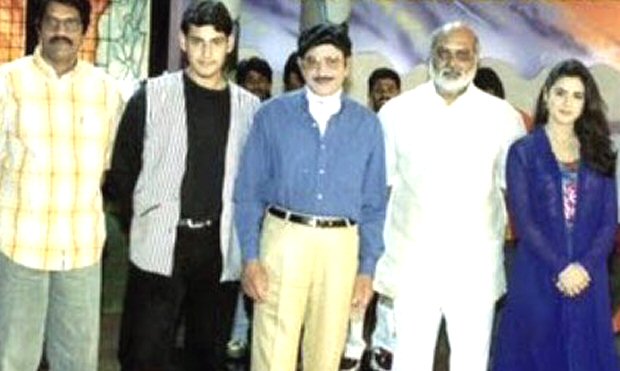 Check out the song video here:

Preity was last seen in the movie Ishk In Paris in a full-fledged role and later in a cameo in Saif Ali Khan’s Happy Ending. We miss her on screen and hope that she signs a movie soon. It is to be noted that Raja Kumarudu is not the only Telugu film of her career. Before this film, she already had a release called Premante Idera which was also well received in the industry. Preity came in limelight recently after she made many public appearances to support the team she owns in Indian Premier League.

Currently, she has gone back to the States to be with her husband Gene Goodenough.