Last Updated 07.08.2022 | 6:58 PM IST
feedback language
follow us on
Bollywood Hungama » News » Bollywood Features News » Pregnant Alia Bhatt strikes a pose with Karan Johar in London as she steps out after an outing with her sister Shaheen Bhatt

Alia Bhatt, who is currently in London wrapping up the shoot for her Hollywood Debut film Heart of Stone, co-starring Gal Gadot, met with her aunt-in-law Rima Sen and family, as well as filmmaker Karan Johar. 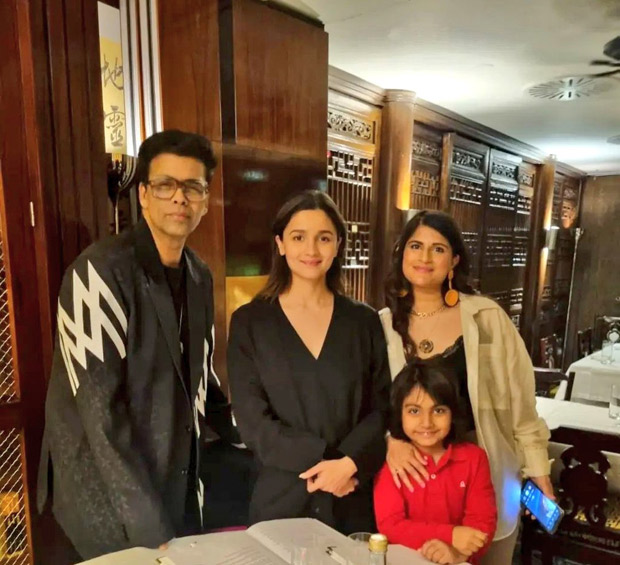 The Student of the Year actor, along with her sister Shaheen Bhatt, met aunt-in-law Rima Jain and her family and dined with them at a restaurant. The actress looked luminous in a simple comfy black outfit with no-makeup. Other pictures from the family get-together had shown Alia sitting with Shaheen and Rima. Rima's son Armaan Jain, his wife Anissa Malhotra, niece Nitasha Nanda and a few others were also seen sitting across a table in the picture.

Several Bollywood celebrities are in London, including Ranveer Singh, who recently met Alia and Karan as they are working on their upcoming film Rocky Aur Rani Ki Prem Kahani. Moreover, Kareena Kapoor and Saif Ali Khan were also spotted in London recently along with their sons Taimur and Jeh. The family had reportedly joined Rima Jain and family for lunch. Alia, too, met them in London. 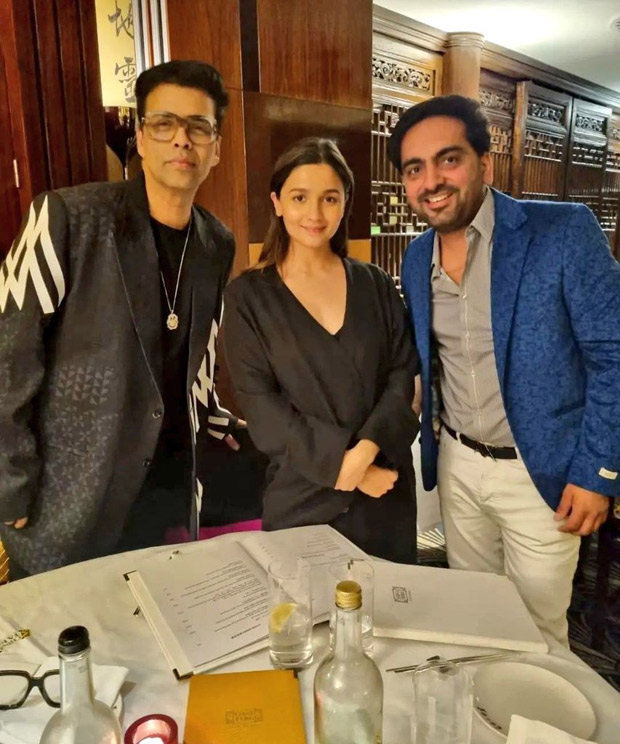 Meanwhile, mom-to-be Alia Bhatt recently made headlines announcing her pregnancy on Instagram. The Gangubai Kathiawadi actress shared on Monday a photo from the hospital in which she and husband Ranbir Kapoor are seeing a sonogram. "Our baby ….. coming soon." She captioned the sweet picture. The couple, who dated for several years before getting married, got hitched in an intimate ceremony on April 14 with close friends and family in attendance.

Meanwhile, on the work front, Alia Bhatt will star in Brahmastra which is releasing on September 9, 2022. The film is helmed by Ayan Mukerji.