Sushant Singh Rajput passed away two months ago. He was found hanging in his apartment in Mumbai. Days after his death several people started demanding CBI enquiry for the late actor. Later on the late actor’s family also appealed for the same which was then approved by the central government. Several celebrities have also demanded for a CBI enquiry. Latest to extend her support for a CBI enquiry is actress Kriti Sanon. 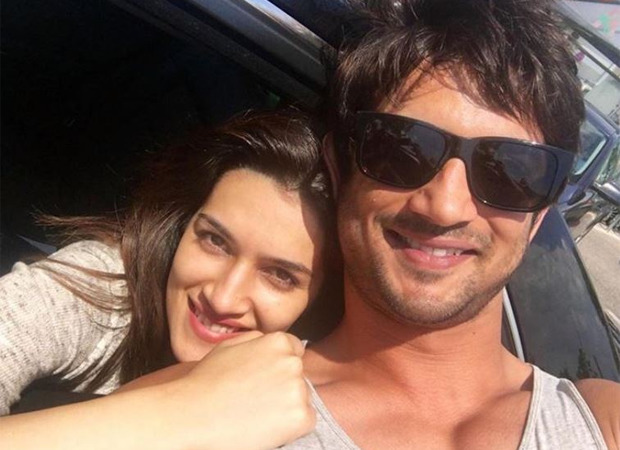 ‘Pray that the CBI takes over Sushant Singh Rajput’s case so it’s investigated without any political agendas’: Kriti Sanon

On Thursday, Kriti Sanon took to her Instagram stories and demanded for a CBI enquiry into the death of her Raabta co-star and good friend Sushant Singh Rajput. “I pray that the truth comes out soon.. His family, his friends, fans and all loved ones deserve this closure.. I hope and pray that the CBI takes over the case so it's investigated without any political agendas, in the TRUE sense, to provide  justice to the family!! It's high time his soul rests in peace! #CBIForSSR #SushantSinghRajput,” she wrote. 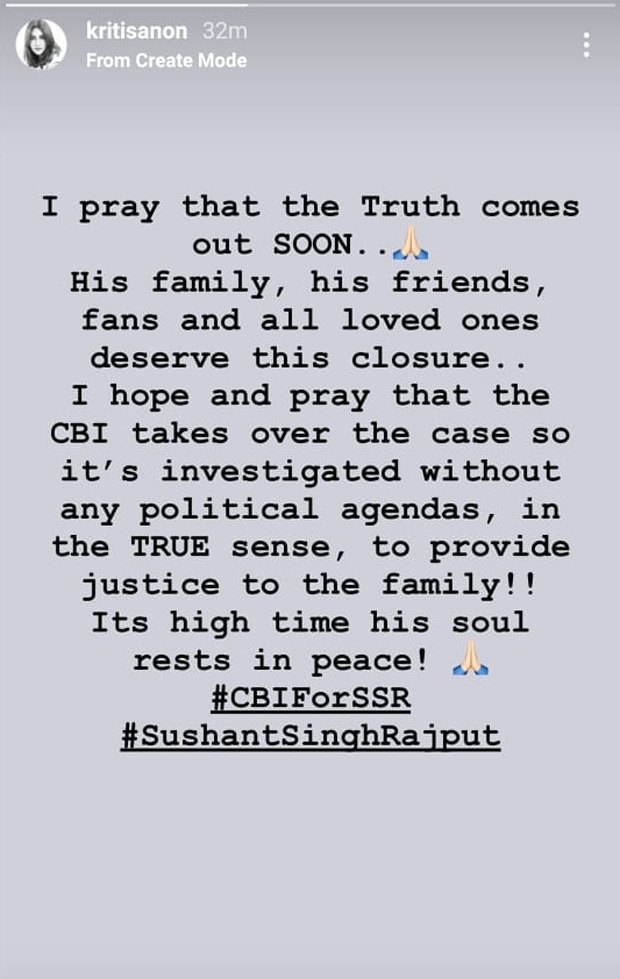