After much a wait, the first glimpse of Prabhas starrer Adipurush is here. Starring Prabhas, Kriti Sanon, Saif Ali Khan, and Sunny Singh, the film has grabbed the eyeballs since its inception. The much-anticipated teaser of the film is set to be unveiled on October 2 on the banks of river Sarayu in the holy land of Lord Ram, Ayodhya, Uttar Pradesh. The grand event will be graced with the presence of superstar Prabhas and Kriti Sanon along with director Om Raut and producer Bhushan Kumar. Ahead of the launch event, the makers unveiled the teaser poster on Friday morning at 7.11 am. 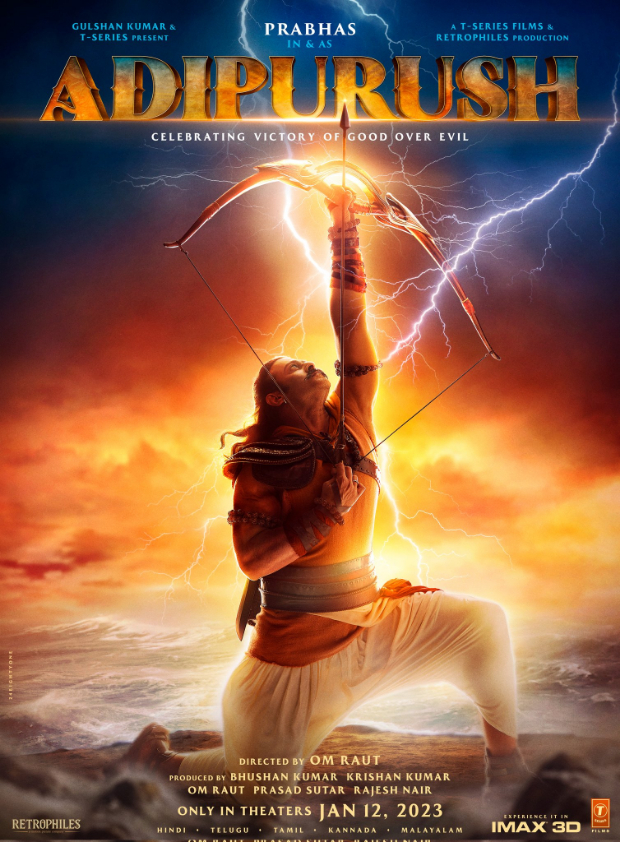 Prabhas shared the first look posters on Instagram with a caption that read, "|| Aarambh || Join us as we embark on a magical journey on the Sarayu River Bank in Ayodhya, UP. #AdipurushInAyodhya Unveil the first poster and teaser of our film with us on Oct. 2 at 7:11 PM!???? #AdipurushTeaser #Adipurush releases IN THEATRES on January 12, 2023 in IMAX & 3D!"

Produced by T-Series Films and Retrophiles, the film features Prabhas as Lord Ram, while Kriti plays the role of Janaki (Sita). It also stars Saif Ali Khan as Lankesh and Sunny Singh as Lakshman. Adipurush is a visual extravaganza slated to release on January 12, 2023, in IMAX and 3D. It will release in Hindi, Tamil, Telugu, Kannada, and Malayalam in theatres

ALSO READ: Prabhas, Kriti Sanon, and Om Raut to have grand launch for Adipurush teaser and poster in Ayodhya on October 2