Ayushmann Khurrana has had a pretty amazing 2018 career-wise with two box office successes – AndhaDhun and Badhaai Ho. But, personally, the actor had a tough time when his wife Tahira Kashyap was diagnosed with Stage 0 cancer. In a detailed post last year, Tahira had revealed that she underwent a partial preventive mastectomy. Today, Tahira is celebrating her birthday with her family and friends. 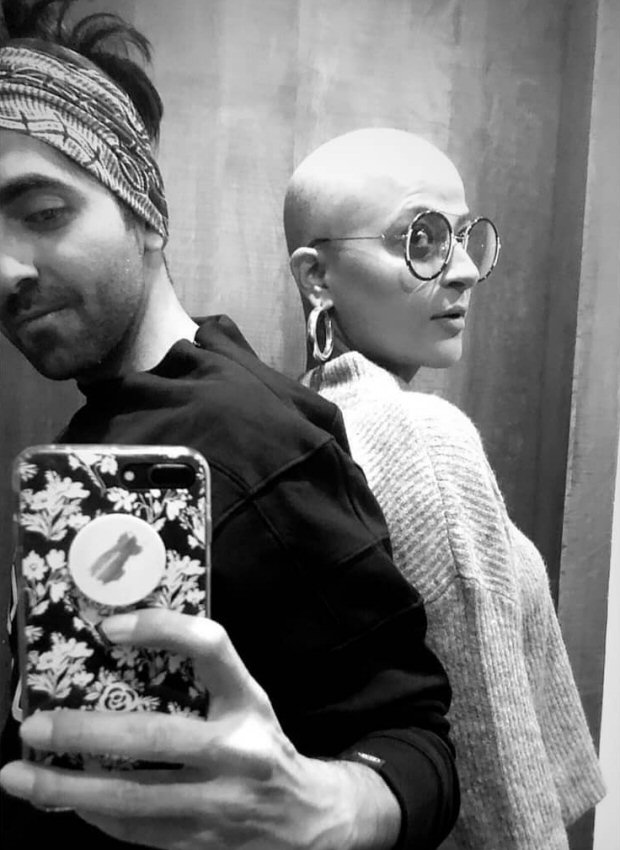 Just last week, Tahira Kashyap shared her bald look on social media to spread awareness and inspire those who are fighting cancer. While many have lauded her determination and positivity, husband Ayushmann Khurrana is very proud of his wife. On Sunday, they enjoyed a date night as she captioned the image, “Posers and Lovers”. This was followed by 12 am birthday madness. Tahira began her celebrations at midnight with Ayushmann, brother-in-law Aparshakti Khurrana and close friends. At midnight, she cut a cake and blew out some candles.

In November 2018, she revealed that her cancer was back but she was ready to fight it again. After several months of treatment, she finally completed her chemotherapy.

Meanwhile, on the work front, Tahira Kashyap is set to debut as a director with Madhuri Dixit and Saiyami Kher in the leading roles in her untitled film. The film is produced by T-Series’ Bhushan Kumar and Ellipsis Entertainment (Tanuj Garg, Atul Kasbekar).