Last Updated 01.12.2022 | 11:10 PM IST
feedback language
follow us on
Bollywood Hungama » News » Bollywood Features News » Polka on the Prowl: This is how Malaika Arora goes for dinner on an off-day!

It’s safe to say that the tinsel town celebrities are also mere mortals, just like us! In addition to making those much-sought-after appearances, they also step out casually to have a fancy dinner or chill with their buddies. The only difference is that when they step out, they send the surroundings into a state of frenzy. While their mere presence is delightful,  if there’s any tinsel town diva who can glamorize a mundane task like shopping for groceries is Malaika Arora Khan! As a style cynosure, she never locks horns with the fashion police but slays the scene with her enviable and visibly toned frame and that spunk that’s quite a rarity in tinsel town. Minimalist but significant seems to be her thriving mantra. She dabbles into contemporary and classics with equal allure. While her major appearances are carefully curated by the ace fashion stylist Maneka Ramsinghani, Malaika often styles herself for those amazing off-duty looks, such as the one from last night. She opted for the much-loved spotty trend aka polka dots as she was up and about in the city, dining at a suburban eatery.

Malaika has dabbled in modelling, acting, dancing and television. She is also a part of tinsel town’s It gang that works hard and parties harder. Acing the popular street style vibe by having a chicer than usual affair with the spots, here’s a closer look.

Polka on the Prowl: This is how Malaika Arora goes for dinner on an off-day! 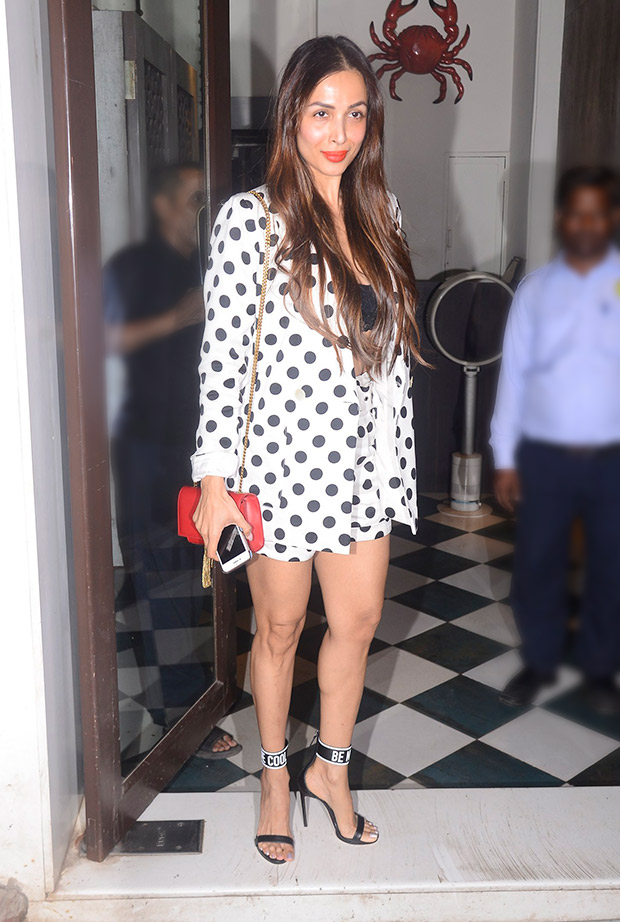 Malaika teamed polka dotted separates from Topshop featuring a blazer and matching shorts with a black bralette. Be Cool, Be Nice strappy sandals from DSquared2 and a red Saint Laurent shoulder bag were worthy accessories. She topped off the look with a red lip and soft wavy hair. 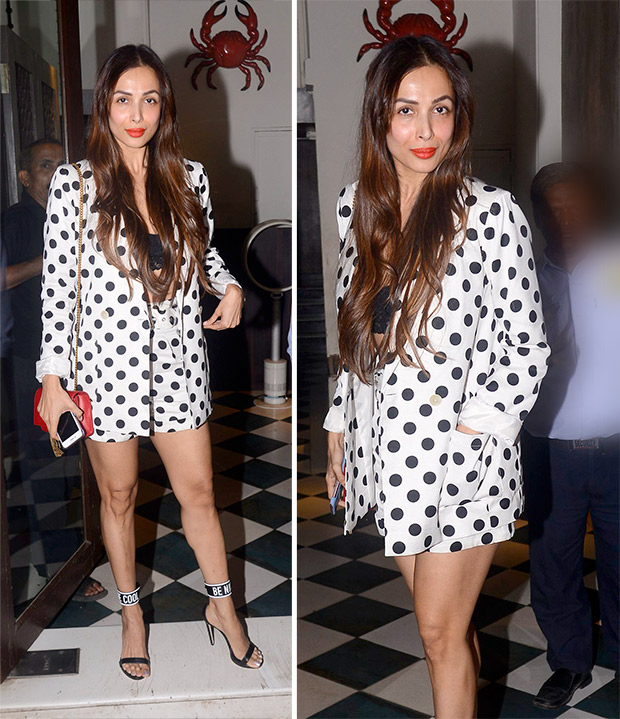 As this popular vintage trend makes a big splash, Malaika shows us how the polka dots can look uber- sophisticated in addition to being edgy with the growing influence of the street style vibe. 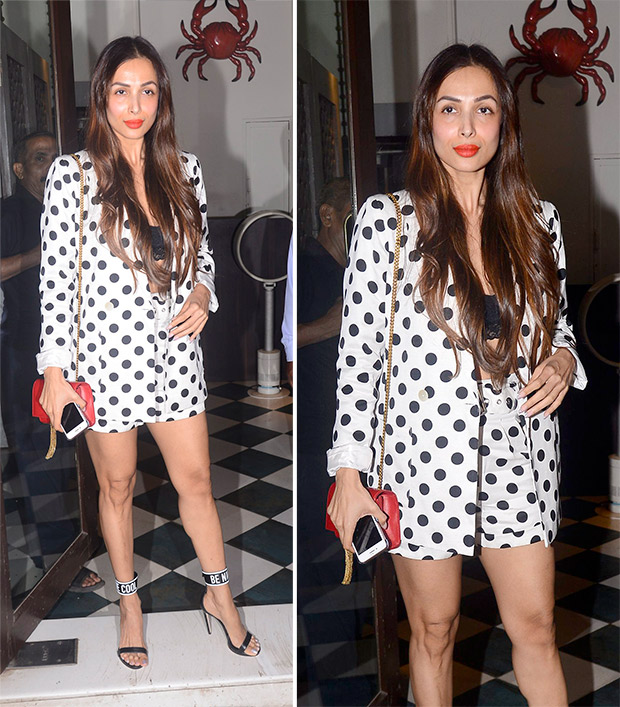 Ace this trend the easiest way without going all in, just like Malaika!

Malaika Arora was last seen as a celebrity judge on the show, India's Next Top Model Season 3 alongside fellow model-actor Milind Soman.