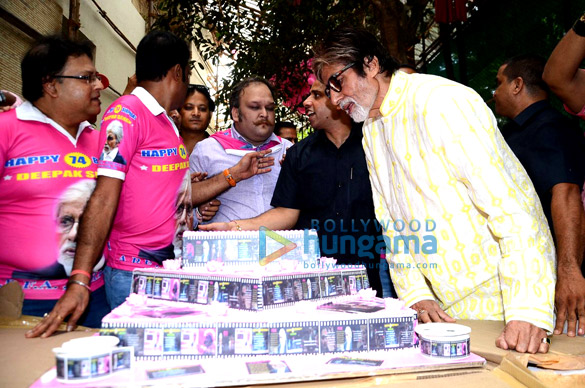 Considered as one of the biggest legends of Bollywood, megastar Amitabh Bachchan’s birthday is generally celebrated in style. The actor also ensures to hold the usual birthday special press conference for the media and this time around too, the ritual continued.

What added to the birthday celebrations with the media were two unique elements. A cake based on the theme of Amitabh Bachchan’s last hit Pink which released only a month ago and a customized jukebox. The celebrations that kick started at the Big B’s office Janak in Juhu saw a three tier pink cake with dialogues and the pictures of the actor’s role of a lawyer from his film Pink engraved on it. 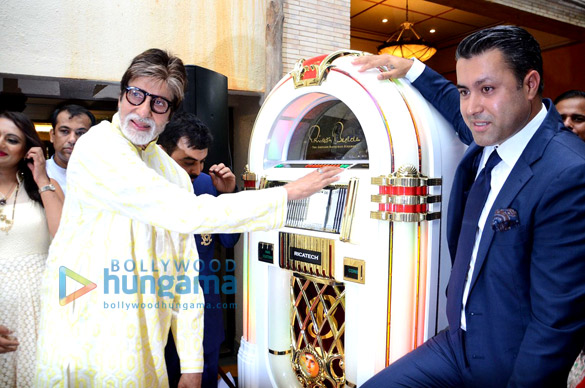 Adding further was a huge customized jukebox and the megastar was equally thrilled. He asserted that he would be placing the same in his office. From what we hear, the jukebox plays Amitabh Bachchan’s hit songs from his films.

Amitabh Bachchan is now gearing up for a big budget film with none other than Aamir Khan along with YRF titled Thugs of Hindostan and the announcement of the same has created much anticipation amongst the audience. He will also be reviving the gangster drama franchise with Ram Gopal Varma, Sarkar.