The most anticipated film of the year, Bhushan Kumar and Remo D’Souza’s yet to be titled dance musical which features Varun Dhawan and Shraddha Kapoor as the lead commended the shoot in Punjab. The seven day long schedule in Amritsar began with team which includes, Bhushan Kumar, Remo D’souza, Varun Dhawan and Lizelle D’souza who visited the Golden Temple on landing in Amritsar before the schedule. 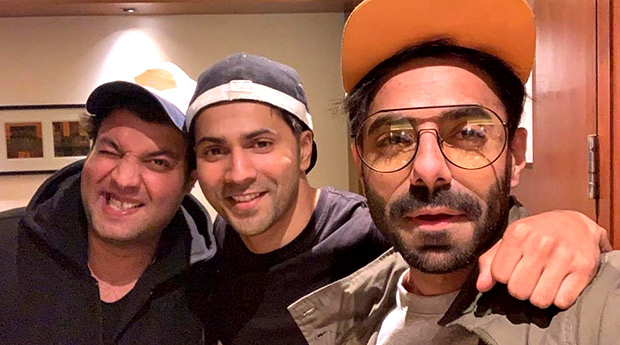 And just like, there was a reunion of two buddies from Dilwale. Varun Dhawan reunited with Varun Sharma in Amritsar. Aparshakti Khurrana too joined them for dinner in Amritsar who has earlier worked with Varun in Badrinath Ki Dulhania. It is unclear whether it was just a casual meet up or the boys are starring in Varun Dhawan's film. "Bhaiii Bhaiiii!!❤️❤️ #amritsardiaries @varundvn@aparshakti_khurana," Varun Sharma captioned the selfie.

The cast of the dance film will be shooting a Punjabi wedding song, followed by a few emotional sequences featuring Varun Dhawan and his reel life family. After this, they will fly off to London for a 40-day schedule that begins on February 10. The film will release on November 8, 2019.