Most of the fan girls may have noticed that Ishaan Khatter had been MIA from social media for the past few days. Well, the actor took to Instagram yesterday to inform his fans about his whereabouts. Apparently, it wasn’t a usual my-account-was-hacked reason. Poor guy has been suffering from Chicken Pox for the past few days and finally addressed the reason behind his absence. 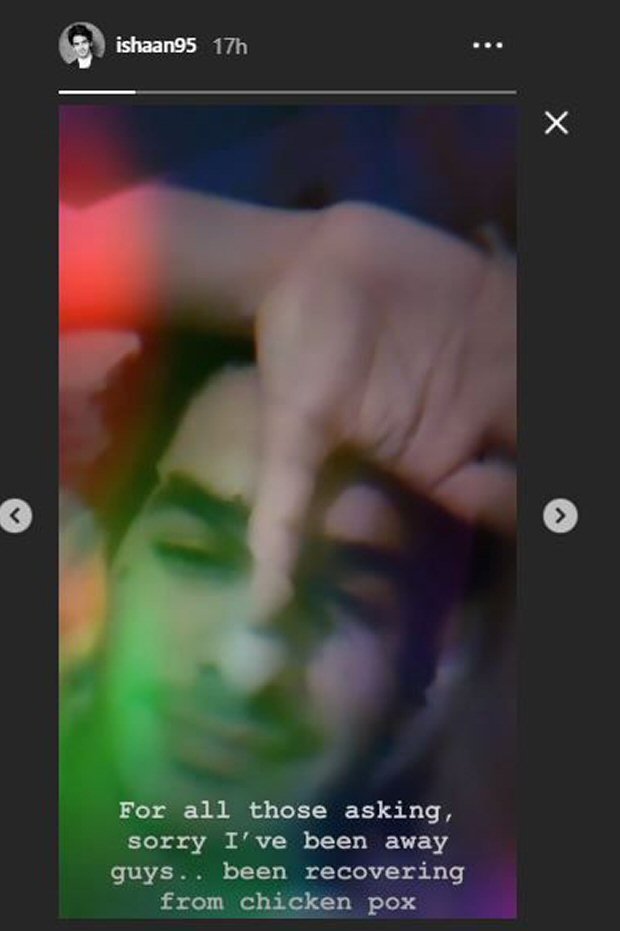 Ishaan recently debuted under the Dharma banner with Dhadak. The remake did not fare well on the box office as, Sairat, the original did. He was last seen on Koffee With Karan along with his brother, Shahid Kapoor. The talk show host and Sasha made sure to tease Ishaan with his co-star, Janhvi Kapoor.

Although the two have denied any dating rumours, we are secretly hoping the rumours are true. Here’s wishing Ishaan a speedy recovery!