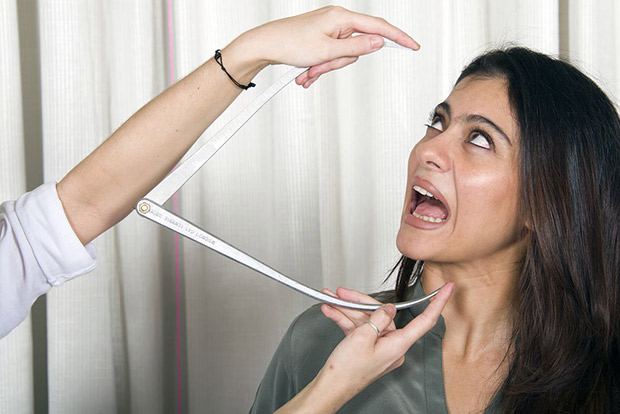 Bollywood actress Kajol will make her grand entrance at the IIFA Awards Experience in Madame Tussauds Singapore this year. The guests will be able to transport themselves to the glitzy atmosphere of the Bollywood awards ceremony and will be able to grab their selfies next to her.

Kajol is one of India's most successful and highest paid actresses in the 90s and is known for her great work in Hindi cinema. She will be the 7th Bollywood star to join the interactive awards zone in Madame Tussauds Singapore.

"It was an incredible process to have a sitting for my wax figure. It took approximately 4 hours to measure and get all the details. I love knowing that the artists are now working on every tiny detail and I'm so excited to see the finished result in Singapore!" said Kajol.

A group of skilled Madame Tussauds sculpting team specially travelled to Mumbai to meet Kajol and conduct a detailed sitting process. More than 200 measurements were taken, the team also matched the hair and eye colour of the actress to ensure a truly authentic representation of the star.

Craig Connor, General Manager of Madame Tussauds Singapore said, "Kajol is a major star, and we are honoured to partner up with her, her glamourous presence amongst the other Bollywood stars will be a great asset in the awards setting".

On the work front, Kajol began shooting for Pradeep Sarkar’s film titled Eela. She will reportedly essay the role of an aspiring singer who is also a single mother. Eela is said to be an adaptation of Anand Gandhi’s popular Gujarati play ‘Beta Kaagdo’ [Son, Crow] and is produced by Ajay Devgn and Jayantilal Gada (Pen India Limited).