Sonakshi Sinha has been keeping busy with her shooting schedule for Happy Bhag Jayegi Returns. In between the film, the actress has already signed to star in special songs in two films. After shooting a special song for Yamla Pagla Deewana Phir Se, the actress will now be seen in Race 3.

Just recently, we had reported that Sonakshi Sinha was roped in to feature in a peppy number with Salman Khan and Jacqueline Fernandez. A special set has been erected for the song which will be choreographed by the director himself, Remo D'souza. It seems like the song was recently shot in Abu Dhabi where the cast is on their last schedule shoot. 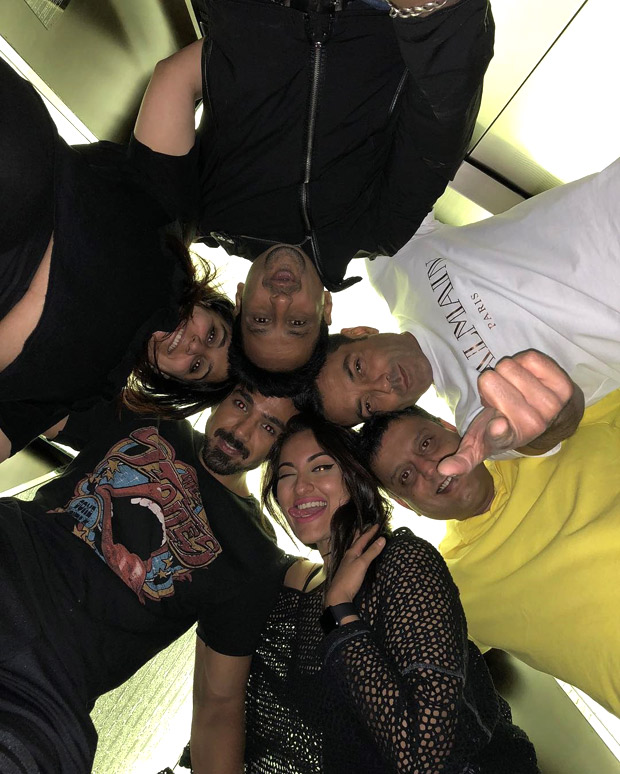 Bobby Deol, on Wednesday, took to his Instagram to share a lovely photo with Sonakshi Sinha, Saqib Saleem and other crew members. Posing in a creative way, he captioned, "Fun times!! #Race3." While Saqib and Bobby are dressed casually, Sonakshi is seen dressed in a netted black top while making goofy face.

Meanwhile, Sonakshi Sinha will be next seen in Aanand L Rai's next production Happy Bhag Jayegi Returns alongside Diana Penty. The male actors who featured in the original – Abhay Deol, Jimmy Sheirgill and Ali Fazal – will also feature in the sequel.