Sonakshi Sinha and Salman Khan’s Jodi is loved by the aam junta and therefore it is not surprising that the stars want to repeat this ‘Dabangg’ pairing over and over again. Sonakshi’s last release Welcome To New York had Salman doing a cameo with her. It was a dream romantic sequence with a lot of recall value from their hit film together. Now it looks like we will be treated to seeing them together once more on screen and no, we are not talking about Dabangg 3. So, the grapevine is abuzz with a titbit that Sona has been roped in to do a cameo with Sallu in his upcoming Race 3. Oh Yes! The news is true. The Akira star will join the Race 3 unit in Middle East during the second schedule of the film and shoot her part with the Salman. The shoot for her portion is scheduled to happen sometime over next month, says a source close to the film helmed by Remo D’souza. 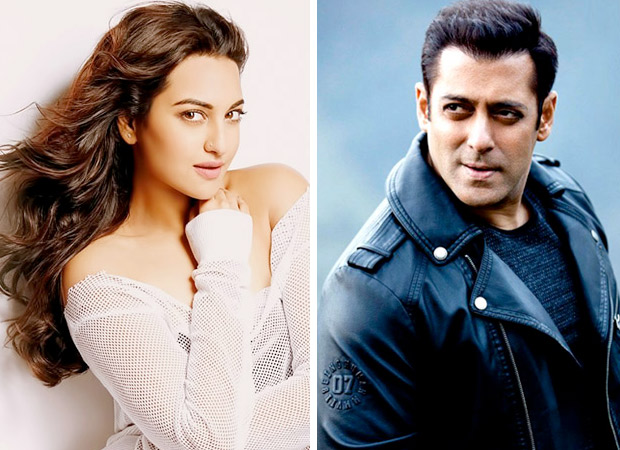 As far as Dabangg 3 is concerned, we exclusively told you that Prabhudeva will direct the movie and he even confirmed that the original cast of the film will remain same. There can’t be a Dabangg without Sallu-Sona’s dhamakedaar pairing and we look forward to the flick, just as you! Stay tuned to Bollywood Hungama for more updates about Race 3 and Sonakshi’s cameo. If sources are to be believed, Dabangg will hit the floors in May just as soon as Sallu wraps up Race 3, which is already ahead its schedule. So that means, fans will get to see him in not one but two movies this year. Both Race 3 and Dabangg 3 are set to release in 2018! Ain’t that great?

The Tiger Zinda Hai star surely has a lot on his plate. Aside from films, he will be busy with his television reality show: Dus Ka Dum. Stay tuned to get more details about your favourite star here.