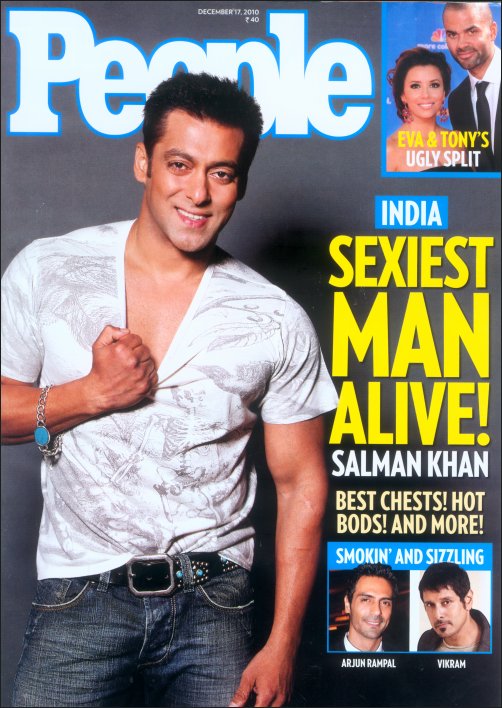 While SRK said 'OK!' To be declared as the Most Sexiest Dad, People went on step ahead and declared Salman as the Sexiest man Alive! We are referring to the People's magazine that has just hit the stands with Salman showing off in his trademark smile and bod to match!

Salman, in his true Salman-style speaks all about his looks, physique and much, much more. He says "I was never aware of how I look. People still don't compliment me". And for those who feel that Salman is tad comfortable in his 'tee-off' avatar, here is your fitting replay, by the man himself! He says "I am comfortable in worn-out, torn jeans and tees. Only the underwear shouldn't be torn!" He also adds (read 'confesses') that "I hate working out in a gym. But considering the work that I do, I have to work out".

This is one issue that you wouldn't want to miss, for it's not everyday that you hear Salman say "Now, I don't think that I'd wear a bikini".