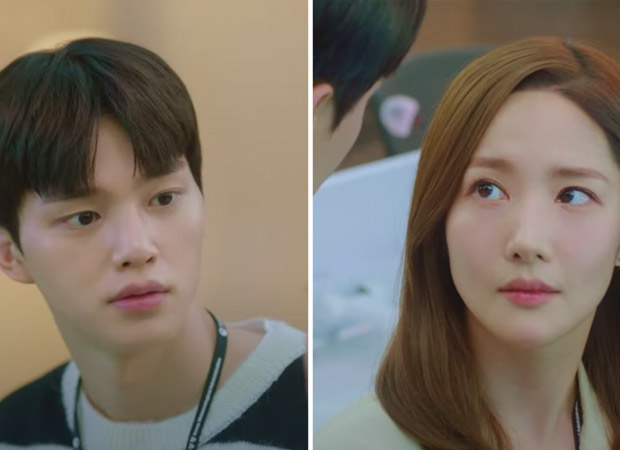 The much-anticipated drama will focus on the work and love lives of two colleagues from the Korea Meteorological Administration, Korea’s national weather forecast service.

According to Korean tabloid Soompi, Park Min Young stars as general forecaster Jin Ha Kyung, an intelligent and highly organized individual who does everything by the book and is fastidious about keeping her personal and professional lives separate. Song Kang plays special reporter Lee Si Woo, a free spirit who is always thinking outside the box. Despite his impressive IQ of 150, all he cares about is the weather.

The second teaser shows the two outside the office at night. Jin Ha Kyung is seen smiling while being aware that Lee Si Woo is right behind her following. Lee Si Woo observes her fondly with affection. The two of them create a romantic atmosphere while walking together.

According to Soompi, the production team shared, "In addition to having an interesting story and being the first Korean drama about the Meteorological Administration, the romance of the weather forecast people will be another focal point. At the center of that point are Park Min Young and Song Kang. These teaser videos, which fully preview that [romantic] atmosphere with only the two actors’ gazes and smiles, without any lines, capture their heart-fluttering chemistry perfectly. We ask the viewers to look forward to the drama.”

JTBC confirmed the cast lineup in June 2021 itself and has already announced the release date for the show. The drama will air from 12th February 2022 to 3rd April 2022, every Saturday and Sunday. It will also mark Park Min Young’s return to the small screen after almost two years.