On Monday morning Priyanka Chopra shared a PDA-filled picture with husband Nick Jonas. The global star shared a glimpse of her weekend getaway with Nick on Instagram. In one of the pictures, Priyanka is seen lying on the beach in a bikini set with Nick hilariously holding a knife and fork over her pretending to be his snack. 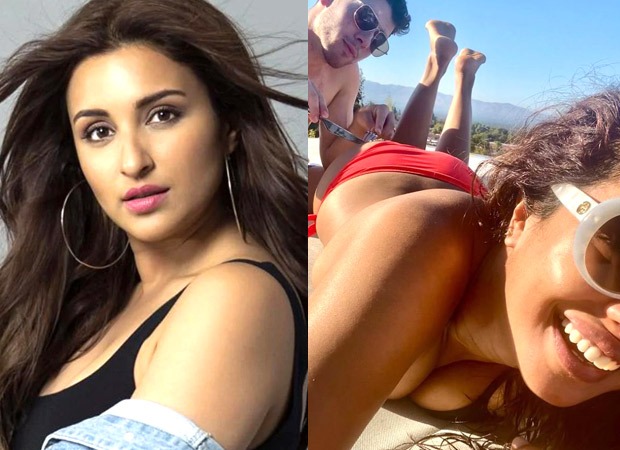 While Priyanka set Instagram on fire with the romantic picture and another stunning picture of herself flaunting her bikini body, it was cousin Parineeti Chopra's comment on the post that took the cake. She posted two comments and expressed her shock at the picture.

Priyanka also shared a solo picture of her soaking up the sun in a bikini. She was seen donning a black bikini top with red bottoms with side tie-ups. She completed her look with white Gucci sunglasses that cost around Rs. 26,137.

ALSO READ: Dressed in a bikini set, Priyanka Chopra turns snack for Nick Jonas as the couple soak up the sun at the beach