Parneeti Chopra is receiving praise for her performance in The Girl On The Train that premiered on February 26 on Netflix. Though the Indian remake received mixed response, the actress is happy to get positive feedback for her role as Mira. 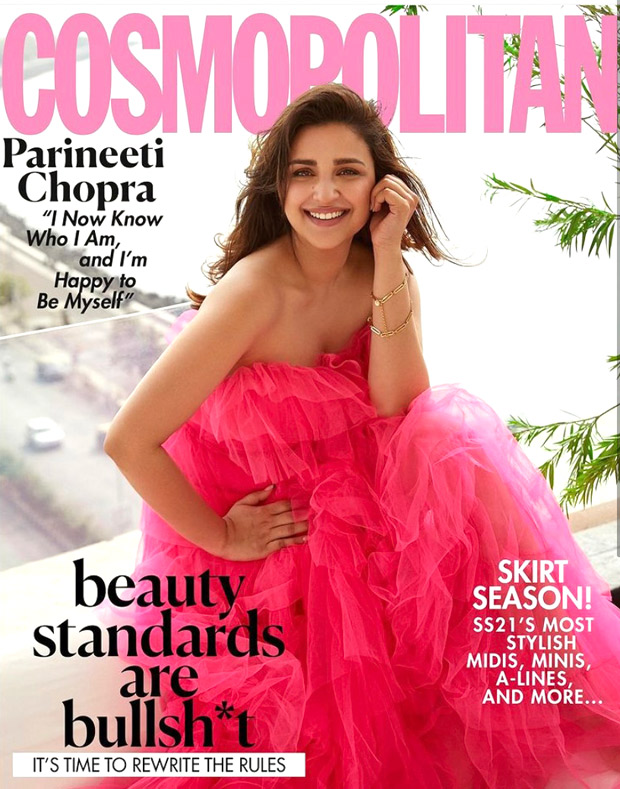 Now, Parineeti is seen flaunting her incredible looks on the cover of Cosmopolitan India for the March edition. She looks pretty in pink tulle dress by Shehlaa Khan, in which she is looking absolutely phenomenal! “THE GIRL ON THE COVER Thankyou team Cosmo,” she captioned the post.

This time the actress chose nude makeup to make her look more elegant; she added a classic bracelet to complete her look. The poster girl decides to love herself more, “I Know Who I Am, and I'm Happy To Be Myself” reads one of her quotes.

Cosmopolitan India wrote, “The actor shares how being in Bollywood pushed her to start her fitness journey, motivating her to get her best bod ever!”

On the work front, Parineeti Chopra will next star in Sandeep Vanga Reddy’s Animal alongside Ranbir Kapoor, Anil Kapoor and Bobby Deol. The film is set for Dussehra 2022 release. Meanwhile, she has two movies scheduled for March 2021 release – Saina Nehwal biopic and Sandeep Aur Pinky Faraar.