Parineeti Chopra will soon be seen in the Indian remake of the iconic film, The Girl On The Train that originally starred the British actress, Emily Blunt. While the role is a difficult one and Parineeti Chopra has a lot of eyes looking up to her to live up to the expectations, her stills from the film look extremely intense and riveting. The actress was in London to shoot for the film for the past 7 weeks and had also been on a digital detox to get into the skin of the character. 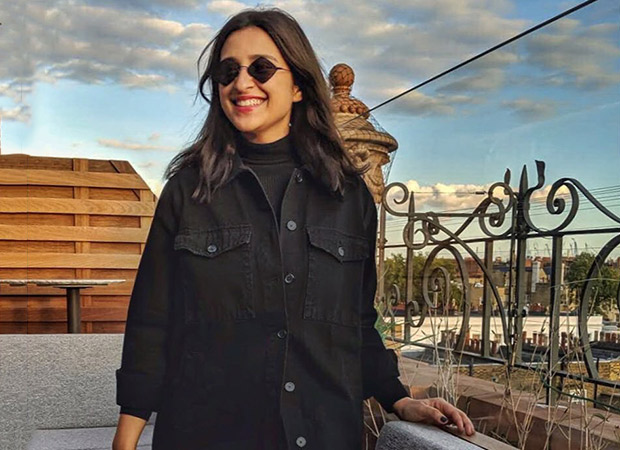 Parineeti Chopra has recently returned to Mumbai after wrapping the shoot for the film and took to her social media to share a few lines about the role and how moving this entire journey has been. Parineeti had earlier mentioned that she is aware of how the comparisons between Emily’s role and her role are undoubtedly going to be made but she doesn’t really pay heed to things like these and makes sure to give her best with every performance.

Her Instagram post read, “So I leave London after 7 weeks, finishing The Girl On The Train. Words fail me. Feelings overwhelm me. This is a film that has for the first time, stayed with me after I’ve finished it. A character that will live inside me permanently. I miss her. I miss playing her. I feel like I’ve grown up. I feel so much. But most of all, I feel grateful. Life changing, is an understatement. I’m smiling as I write this, and with that, I head back home – looking forward with my heart full.”

Parineeti Chopra was last seen in Jabariya Jodi with Sidharth Malhotra and will also be seen in Saina Nehwal’s biopic.

Also Read: The Girl On The Train: Parineeti Chopra is bruised and scared in the intriguing first look of her suspense thriller