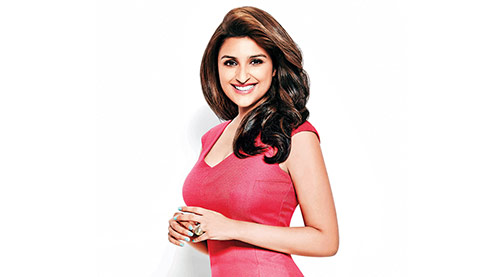 While you've been taking a sabbatical your female colleagues have been doing great work?

Firstly, I haven't taken a sabbatical. I haven't announced any new film that's all. Until six months ago I was working round the clock. People forget that before I did four films last year I didn't work for eight months. People just want come to their own conclusions.


Maybe people are missing you?

My last film Kill Dil released less than a year ago. So they shouldn't miss me yet.

What do you think of women-oriented films like Queen, Mardaani and Piku doing so well at the box office?

I think it is the coolest thing. However why do we single out films as "women-oriented" when we never talk about "men-oriented" films? It will take many Pikus and Tanu Wed Manus for that tag to go away. I want so many films with female actors in the lead to do well that the "women-oriented" tag goes away.

I think the women-oriented tag has something to do with the way women have constantly been portrayed?

I agree. For as long as we can remember, heroines came in to look good in chiffon sarees and that was it. In a small way, I think I made a difference. People said there was shift in the gender dynamics in our films when I did films like Ishaqzaade and Ladies vs Ricky Bahl. During the past four years films like Kahaani, Mardaani, Bobby Jasoos and Revolver Rani ushered in a more substantial place in the plot for heroines. Audiences are no longer eager to only see the hero beat up the villain.

Does that make you feel more confident?

Oh yes, as an actor it is very empowering. It gives me the freedom to choose the script that I want.