Actor Pankaj Tripathi graced the sets of The Kapil Sharma Show along with his idol Manoj Bajpayee. On the show, The Sacred Games actor got emotional while talking about his admiration and love for actor Manoj Bajpayee. 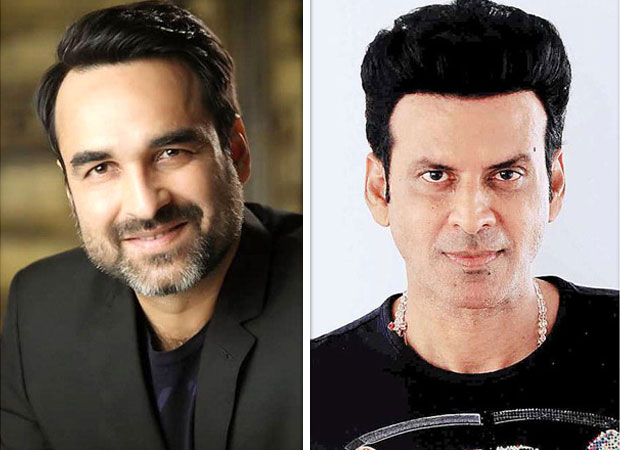 Kapil Sharma, the host of the comedy show asked the two actors about an incident from many years ago when Pankaj stole Manoj’s slippers from a hotel. Bajpayee revealed that Pankaj Tripathi told him this story when they were working together on the film Gangs of Wasseypur. He said that Pankaj reminded him how he had lost his slippers when he was staying at a hotel that Pankaj used to work at. Manoj told that Pankaj had confessed to taking them.

Pankaj Tripathi, however, clarified that was not what had happened and gave a clearer version of the story to the audience. “I got a call that Manoj ji is here. I used to do theatre back then so the kitchen staff knew it. I told them that whenever he orders anything from his room, I’ll be the one to take it. So I went there, met bhaiyya, said ‘Pranaam, even I am into theatre’, touched his feet and left. Next day he checked out and left for the airport. But he left a Hawaii chappal behind. The housekeeping supervisor said ‘Are! Your Manoj Bhai is gone but he left his chappal here’. I said don’t submit it, give it to me,” he said as the audience broke into laughter.

Explaining the reason behind it, Pankaj Tripathi said,“Kyun? Eklavya ki tarah agar main inke khadau mein apna paer daal lu (Why? If like Eklavya I, too, could put my feet in his slipper)...” Pankaj said but his voice broke as he got emotional. He tilted his head back to hide his tears. The two actors hugged and even the audience applauded and gave them a standing ovation.

Meanwhile, on the work front, Manoj Bajpayee’s Amazon Show The Family Man that premiered on the platform on Friday has opened to good reviews. In the series, he plays the role of a middle-class man who is also a world-class spy.