Action films are always a pleasure to watch on the big screens. But little do viewers know the pains and troubles actors go through to get that perfect action shot. Injury while shooting some high octane action sequences are a definite happening, and the same seems to have proved true for Adah Sharma. In fact, the latest is that, Adah who is currently shooting for the Vidyut Jammwal film Commando 3 recently injured herself on sets of the film. 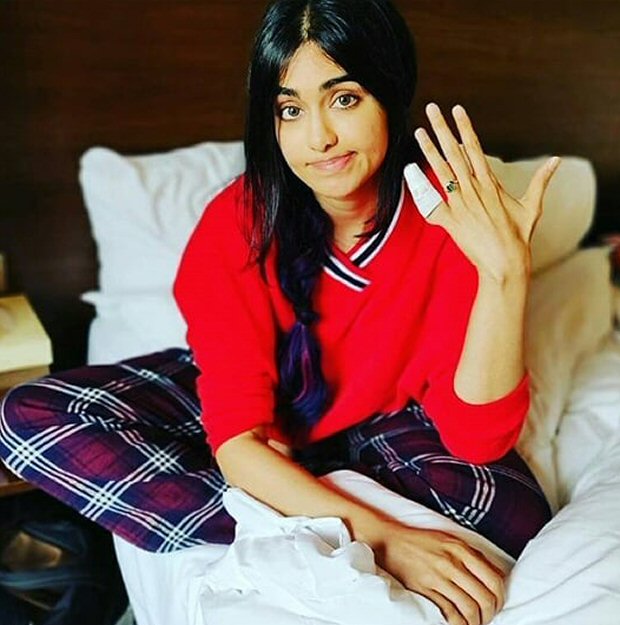 Reports say that Adah Sharma was shooting for an action sequence in Commando 3 that involved her doing a flip from a car. However, while executing the said sequence Adah’s finger got jammed in the car door as it shut. Post this Adah was rushed to the emergency trauma unit where it was ascertained that Adah had broken her finger, and that she would have to undergo a surgery for the same. We, at Bollywood Hungama wish Adah a speedy recovery from her injury and hope to see her back in action mode soon.

On the work front, the 1920 actress was last seen in Commando 2 that released last year. Though, currently on leave due to her injury, Adah is expected to resume shooting for Commando 3 soon. As for the film itself, Commando 3 is directed by Aditya Datt and produced by Vipul Shah.

Adah Sharma on coping with life during the…

This is how Sanya Malhotra injured herself…

Watch: Ranbir Kapoor gets HIT on the FACE…