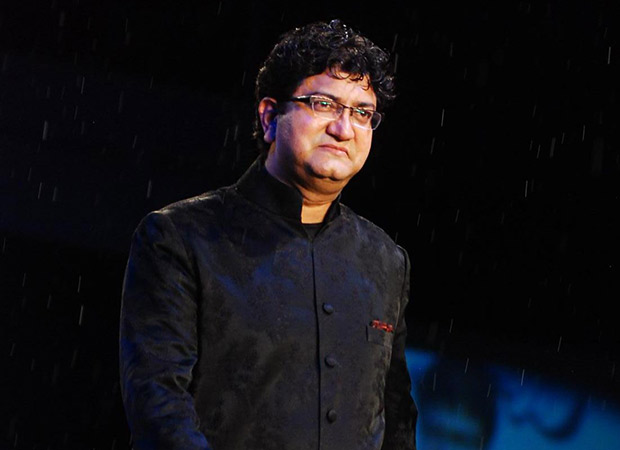 First of all, many congratulations to you for becoming the new chairperson of Central Board of Film Certification (CBFC)! You have made a mark in the field of cinema and advertising and also, you have a modern outlook towards creativity. You are not known to be orthodox or regressive in your thinking and no wonder that the industry is cheering over your selection as CBFC chairperson.

The whole country is waiting to see how you function and whether you take liberal decisions while certifying films. I, however, would like to take this opportunity to talk about something different. You must be aware that anti-smoking ads need to be played before the screening of any film in India that has smoking scene/s. These ads are highly boring and cringe-worthy. Just because a certain number of people smoke, we non-smokers also have to sit through and witness how smoking and consuming tobacco wrecks the lives of people and disfigures their mouths and necks. My sympathies are with all those who are going through hell because of smoking-related illness. But being bombarded with such gory visuals just before a film is to start is unfair. It takes away the mood of watching a film. And is this campaign really effective? I am yet to meet a person who quit smoking after seeing these anti-smoking ads. And smoking is anyways declining in India, due to other factors - Tobacco consumption in India fell from 34.6% in 2009-10 to 28.6% in 2016-17, as per a data by Global Adult Tobacco Survey, 2017.

The need hence is to come up with creatively-made anti-smoking ads, ads that drive home the point but also don’t compel viewers to puke out their just-had popcorn and cola inside the multiplex. Before the recent anti-smoking ads comprising of Rahul Dravid (highly ineffective) and the one that shows patients struggling to survive, we had two ads – one that began with ‘iss shehar ko yeh hua kya hai’ and the one featuring a father quitting smoking for the sake of her daughter. Both these ads were not that impactful but didn’t make the viewers squirm. Also, these were better than the previous ads, showing the life of a 24-year-old man named Mukesh Harane. The latest ones are worse and serve no purpose. You are from the creative field, having worked on so many ad campaigns like ‘thanda matlab Coco Cola’, Happydent chewing gum’s ‘Muskura le’ ads etc. You can surely once again come up with an ad that leaves a mark and also entertains the viewers. Also, being the CBFC chairperson, working under I&B ministry of the government, you can approach them with this idea and do the needful. You can also coordinate with the ministry of health, which asked for these ads, and convince them.

Apart from these smoking ads, there’s also a need to do away with ‘smoking kills’ ticker that is displayed on screen on bottom right corner during all smoking scenes. As you must be aware that the moment this ticker appears on screen, it takes away attention from the happenings on the screen for a moment, which can be quite frustrating. It has been in effect since almost five years and again, it serves no purpose. It has caused a lot of tension for our filmmakers. Madhur Bhandarkar had to fight it out during the release of his 2012 film Heroine, which had characters puffing a cigarette in every second scene. Thankfully, he got a court order and Heroine released with no anti-smoking disclaimers. Anurag Kashyap had to fight for a year and even then failed to save his film Ugly from these disclaimers. Do you know that globally acclaimed filmmaker Woody Allen has stopped releasing his films in India thanks to these no-smoking tickers? For the Indian viewers, they lost out a chance of legitimately watching Woody Allen’s recent films like Blue Jasmine, Magic In The Moonlight, Irrational Man and Cafe Society. Most of them must have seen these movies through illegal downloads which again hurt our industry and exhibition sector.

Woody Allen’s refusal to show his films in India made news all over the world and expectedly, it projected India in bad light. Moreover, at the Neuchatel International Fantastic Film Festival last year in Switzerland, a Tamil zombie film Miruthan was screened and the anti-smoking ads at the beginning of the film were ridiculed by the viewers. Obviously, these moviegoers were not used to such kind of ‘awareness ads’ and started laughing the minute they witnessed the badly-made ads and the pointlessness of it. Hence, it’s really important that you help our cinema and the country at large by doing away with the anti-smoking tickers. Also, please try doing away with anti-smoking ads too before the beginning of the film and if that’s not possible, at least make them better. If not you since you’ll be very busy now with your new responsibility now, you can appeal to other filmmakers and ask them to use their creativity in coming up with a good anti-smoking campaign. For Matru Ki Bijlee Ka Mandola, Vishal Bhardwaj used a witty song and texts to give an anti-smoking message to the viewers at the beginning of the film and it worked. Maybe, if such measures are taken, it will be great.