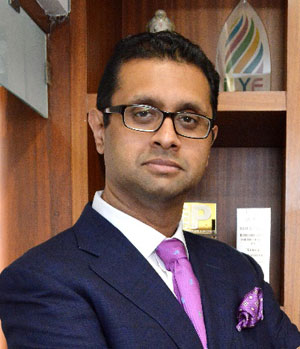 1. Ad-based services- This enables users an unlimited streaming of the repertoire of music available with the platform, subject to advertisement breaks at regular intervals allowing the platforms to generate revenue through these advertisements.

2. Subscription-based services- This enables users to stream the repertoire of music available with the platform, as well as download the same on their device with some added features, subject to payment of a monthly/yearly fee.

The origin of Section 31 D, dates back to 2010, when it was introduced by way of a proposed amendment. The proposed amendment of 2010 initially sought to introduce the system of statutory licensing for radio broadcast only however, when the amendment that was eventually passed in the year 2012 Television broadcast was also brought into its purview. It is pertinent to note that other popular modes of exploitation such as public performances, live events, use by Disc Jockeys (DJ’s), use for ringtones and caller back tones, home video distributions, CD, DVDs, on demand services, etc. were all consciously omitted from Section 31D leaving the parties to enter into voluntary license agreements for the same.

The question as to whether these online streaming platforms fall within the ambit of broadcasting organizations as per Section 31D of the Copyright Act, was sufficiently dealt with by the Hon’ble Bombay High Court in the case of Tips Industries Limited v. Wynk Music Ltd. & Anr. (“Tips v. Wynk case”). It was only after the aforesaid case that the Department for Promotion of Industry and Internal Trade (“DPIIT”) circulated Copyright (Amendment) Rules, 2019 which effectively brought ‘internet services’ under the purview of Section 31D, however, as of today these rules have not come into force.

While it is important to consider the definition of “communication to the public” and “broadcast”, the same needs to be read with the words ‘Any broadcasting organization’ in Section 31D (1) the Act. By dissecting the section and considering the same in piece meal, without reading the section as a whole, may result in multiple interpretations. However, as has been upheld by the Bombay High Court in the Tips v. Wynk case, the fact that the words Radio and Television have been specifically mentioned in Section 31D sub-section (3) and (4) of the Act as well as Rules 29 to 31 of the Copyright Rules 2013 make it clear that the intention of the legislature was to restrict the ambit of Section 31D of the Act to Radio and Television broadcasting only. The Bombay High Court held that internet, as a medium, is neither included within the scope of statutory licensing in India nor was it ever intended to be included by the Parliament while introducing the said provision.

Section 31D was introduced with an object of providing access of songs to the radio industry at reasonable rates keeping the cost of investment, infrastructural setup of Radio and allotment of spectrum etc. in mind. Internet, on the other hand, being a free medium, has minimal cost of investment, infrastructural setup and zero spectrum allotment cost in comparison. Additionally, Internet broadcasting is an on demand service which allows a person to choose amongst a wide range of songs and also allows the user to download, create playlists and share music with others, whereas such services are not available in the traditional Television and Radio broadcasts.

It is the contention of certain stakeholders, that the only reason why the parliament may have discussed the issue at hand in connection with Radio and Television, was because they were the dominant modes of broadcast at the relevant time. However, considering the technological advancement and the reach of online streaming/internet services, they may have kept the language of the section as ‘Any broadcasting organization’.

It is pertinent to note that the Copyright Rules, 2013 conferred the powers for fixing royalty upon the Appellate Board specifically in respect of Radio and Television. Therefore, it may be reasonably construed that the legislature specifically wanted to exclude internet services organisations and thereby granted powers only in respect of Radio and Television. In the Tips v. Wynks case, the Bombay High Court, after considering the parliamentary discussions which took place while drafting the Copyright Amendments Act of 2012, concluded that the Rajya Sabha Parliamentary Committee itself was of the view that broadcast under Section 31D was understood as Radio and Television broadcast. The Supreme Court in various judgments has discussed the need to identify the “intention of legislature” when dealing with provisions of an Act and whether the same are to be considered as mandatory or directory in nature, which in turn would assist the Court to identify the intended applicability and impact of the provision under the Act.

Regulation and governance of broadcasters

The nature of internet services is completely different as compared to the nature of the Radio and Television platforms and therefore characteristics of technologies such as Web Radio, Net Radio, on-demand Streaming, downloads, Web casting etc., which are being provided by internet platforms are also significantly different from those of Conventional Radio (Terrestrial & FM radio). Radio and Television broadcasters must also obtain services-carriage license such as a Grant of Permission Agreement (GOPA), and is therefore they are regulated by the Government, which is not the case for internet platforms.

The OM clarified that the provisions of Section 31-D of the Act are not restricted to radio and television broadcasting but also cover internet broadcasting. However, the Bombay High Court while considering the validity of the same held that the interpretation of the DIPP in the said Office Memorandum, is contrary to interpretation of Section 31-D and relying upon the case of State of Haryana v. Mahender Singh & Ors, which stated that guidelines without any statutory aid are merely advisory in nature.

What is the current Industry Practice?

The facts of the Warner Chappel v. Spotify case, which dealt with the same issue as the Tips v. Wynk case, had one glaring similarity. The defendants in both matters, invoked Section 31D only when their negotiations with the Plaintiffs for licensing had failed. It is pertinent to note that the rights in respect of internet platforms are usually licensed for exploitation in territories across the globe and to be able to comply with applicable laws of various countries (which are based on the conventions and treaties to which India is a signatory as well), the terms and conditions of the license are negotiated and drafted by the contracting parties accordingly. Therefore, any change in the existing law will affect these global licensing agreements and place Indian companies at a disadvantage in relation to foreign counterparts, as the foreign companies/entities are not subject to the licensing fetters that are being placed on Indian companies, given the cross-border nature of the internet.

In conclusion to the above debate which was almost ended when the DPIIT notified the Draft Copyright (Amendment) Rules, 2019 whereby amendments were proposed so as to include internet platforms organizations in the ambit of Section 31D. However, considering the legality of the amendment of the Copyright Rules, 2013, it could be always be argued that the same are ultra-virus the Act and that the proposed amendments are vague in their meaning and excessive in application. They would make the “exclusive” nature of a copyright owner’s right to license redundant since the words “each mode of broadcast” have a wide meaning and will be subject to interpretation. Considering that these amendments did not come into force and the Bombay High Court’s reasoning in Tips v. Wynk case, it is safe to say that the position of the Bombay High Court is not only the existing law but also in consonance with the current industry practice.

The author is a third-generation leading lawyer and Founder & Managing Partner of Naik Naik & Co. His firm has represented various Media, Film & Television companies and worked with over 500 Films over the past one and a half decade.