Last Updated 18.08.2022 | 10:11 PM IST
feedback language
follow us on
Bollywood Hungama » News » Bollywood Features News » Onir reveals that he had a tough time in finding distributors for My Brother Nikhil; Karan Johar and Aditya Chopra came to his RESCUE

Onir recently released his memoir, 'I Am Onir & I Am Gay', co-written by his sister Irene Dhar Malik, in which he has spoken about his professional experiences. An important chapter in the film is about his debut directorial, My Brother Nikhil (2005), starring Sanjay Suri, Juhi Chawla and Purab Kohli. He revealed that he had a tough time getting a distributor for this film, as it was a gay-themed one, which was almost a taboo subject 17 years ago. However, then they got hope from unexpected quarters. 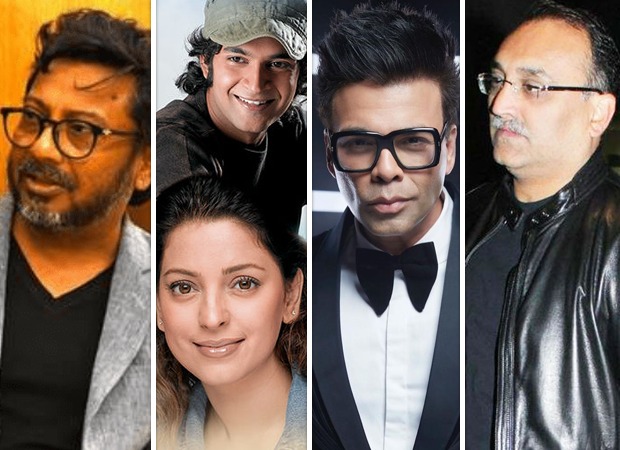 Onir reveals that he had a tough time in finding distributors for My Brother Nikhil; Karan Johar and Aditya Chopra came to his RESCUE

Onir said in his autobiography that he had screened My Brother Nikhil for Shringar Films and UTV Motion Pictures, and both were not ready to buy the film as they found it too non-commercial. Sanjay Suri was also one of the producers of the film and as a last resort, he asked producer-director Karan Johar to watch the film.

Onir confessed that he was so nervous when KJo was watching the film that he ended up smoking twenty cigarettes. Finally, Karan came out and his eyes were swollen from crying. He told them that he loved the film but also said that his production house Dharma Productions did not have the infrastructure to release the film. However, he was so moved by My Brother Nikhil that he spoke to his friend, filmmaker Aditya Chopra, of Yash Raj Films (YRF). Onir wrote in the book that "I will be forever grateful to Karan for making that call".

Aditya Chopra, too, liked the film and agreed to distribute it. However, he suggested two changes but made it clear that it's up to Onir if he wants to implement them. Onir stated that he liked one of his suggestions and made the change. The other suggestion by Aditya Chopra was to cut five music promos and five dialogue promos for marketing purposes. Onir got it done immediately.

Onir then spoke about the joy of interacting with Tarun Tripathi from YRF's marketing team while designing the marketing. Tarun and Sanjay Suri came up with the idea of having various celebrities say, "I care for my brother Nikhil. Do you?". Rahul Dravid, Sania Mirza, Mahesh Bhupathi, Karan Johar, Saif Ali Khan and Abhishek Bachchan shot these videos, and the novel idea caught the attention of the public.

A day before My Brother Nikhil's release, YRF organized a grand premiere at Fun Republic cinema in Andheri, Mumbai. Onir wrote, "The YRF marketing team had organized the media coverage in the best possible way that I could have imagined". The screenings were held in multiple screens and all of them were packed to capacity. And the response was overwhelmingly positive, said Onir and added that viewers came and hugged him.

Sadly, My Brother Nikhil didn't work at the box office. Onir wrote that "We did not recover costs. YRF was gracious not to charge their commission on the sales and only recovered their marketing expenses".

Also Read: Onir reveals how he was HUMILIATED by UTV Motion Pictures’ management while he was trying to find buyers for My Brother Nikhil