The makers for espionage thriller Bellbottom reveal the new look of Akshay Kumar on the occasion of the superstar's birthday. The actor has a working birthday today. 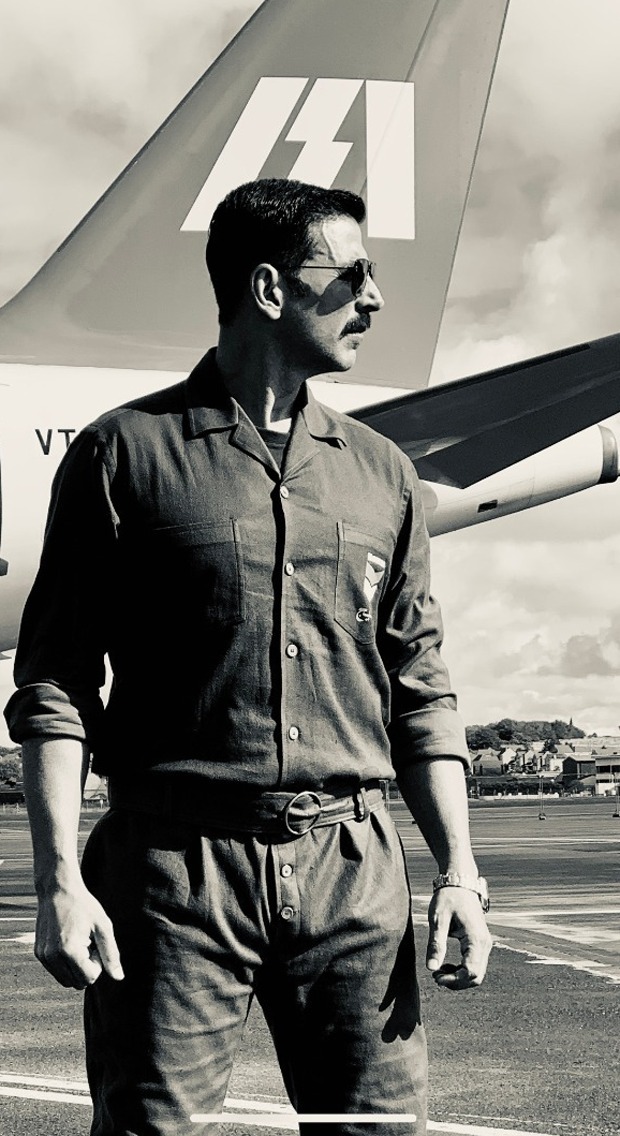 Set in the 1980s, Akshay Kumar plays the character of a RAW agent who rescues over 212 hostages in the hijack attacks.

Pooja Entertainment decided to reveal the new look on Akshay's birthday and are bound to make his fans super happy. The dapper image has Akshay set against an airplane wearing aviators and sporting a moustache. A sneak peek of Akshay Kumar's retro look from the sets in Glasgow was unveiled recently.

ALSO READ: Akshay Kumar plays a double role in his latest ad which was shot before he left for UK