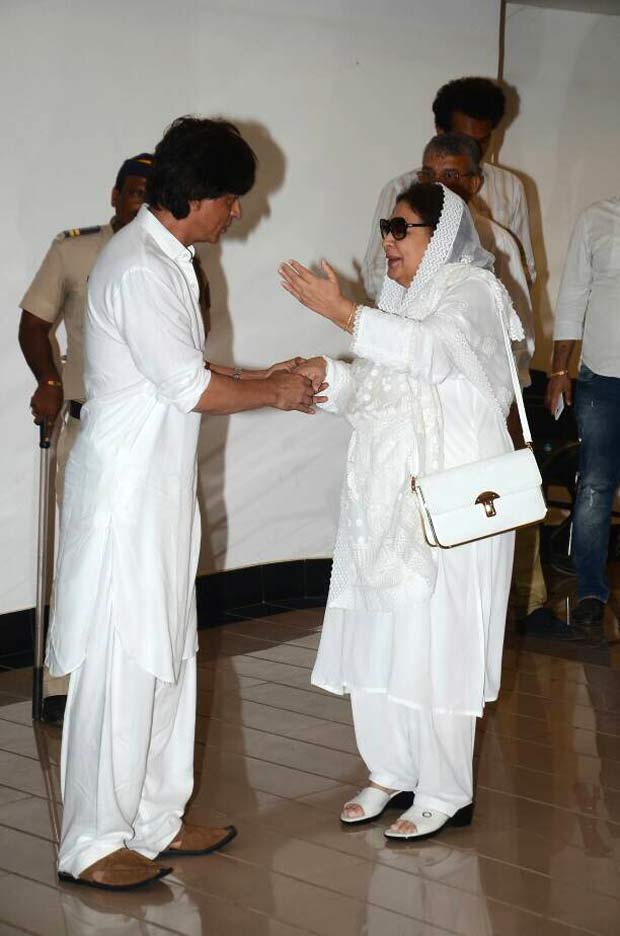 The veteran film actress Farida Jalal may have made her debut back in 1967 with the film Taqdeer, and has gone on to essay both lead and supporting roles back in the 80s. Best remembered for her image as the quintessential on screen mother that will forever be etched in the Bollywood aficionado’s memory in films like Dilwale Dulhania Le Jayenge, and Kuch Kuch Hota Hai to name a few, was snapped recently pay her respects to the late Vinod Khanna. Though off late the veteran actress has seldom been seen on the big screen, she did make it a point to attend the prayer meet held in memory of the late Vinod Khanna yesterday in Worli. Seen here in a white salvar greeting Shah Rukh Khan, Farida Jalal seems nothing like her past on screen persona that most have come to know and love. Yet the 67 year old actress who still continues to feature in television shows does manage to retain some of her old school charm.