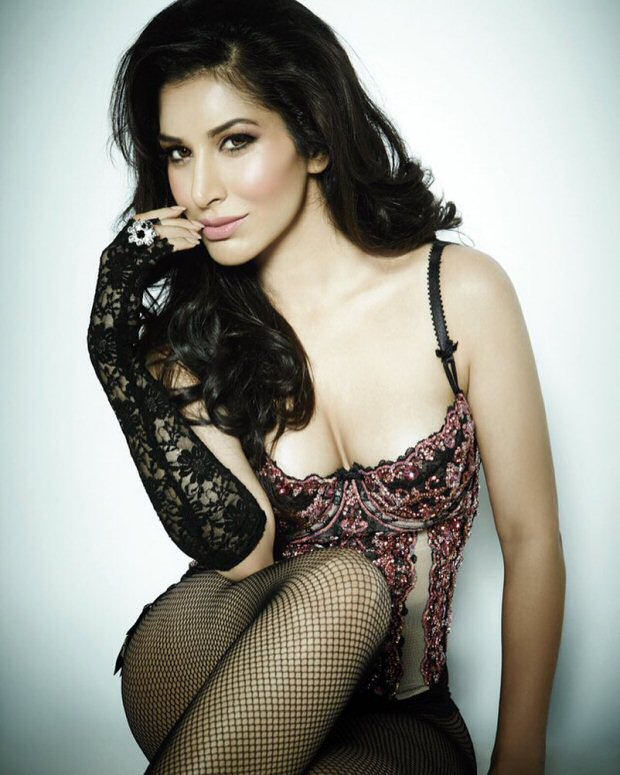 There are loads of sexy actresses around and yet, Sophie Choudry stands out. She manages to do so, despite not doing enough films and public appearances. The sexy siren has been posting some great pictures on her Instagram that are a must watch. Few days, we had reported how she promoted self-belief with a hot picture. And now she has uploaded another sexy picture that caught our attention.

In this image, Sophie Choudry can be seen wearing a sizzling, detailed corset. She has paired it up with fishnet stockings and black-laced gloves. These and obviously her killer expressions and eyes create a great impact. Also, the way she has positioned her right leg so that her stockings are visible add to the charm. “Confidence is the sexiest thing a woman can wear,” is the inspiring quote posted by the actress with this picture.

Sadly, Sophie Choudry has become very choosy with her films. Her last Bollywood film released four years ago in 2013 - Once Upon a Time in Mumbai Dobaara! – and that too was a cameo. The same year, she was seen in a hot item song in Sanjay Gupta’s crime saga Shootout At Wadala. In 2014, she was seen in another sizzling item song in Mahesh Babu’s Telugu film 1 – Nenokkadine. Last year, she treated her fans with a single, ‘Sajan Main Nachungi’. It interestingly was launched on the mobile app of co-actor Sonam Kapoor

Jennifer Lopez flaunts her toned body as she…