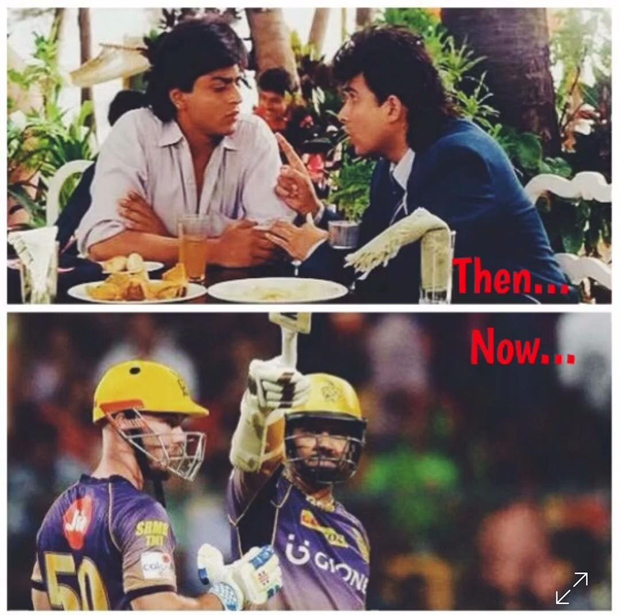 One can blind folded trust Shah Rukh Khan to impress one and all with his superlative sense of humour. Recently, Shah Rukh Khan was transported to cloud nine after the emphatic vestry of his IPL team KKR (Kolkata Knight Riders) in a nail biting match against RCB (Royal Challengers Bangalore). For those who missed the epic match, its star performers hailed from KKR in the form of Chris Lynn & Sunil Narine, who had surpassed 100 runs in less than five overs. The latter went onto hit the fastest ever IPL 50 in mere 15 deliveries!

On the films’ front, Shah Rukh Khan is busy gearing up for the release of Imtiaz Ali’s (untitled) next with Anushka Sharma.